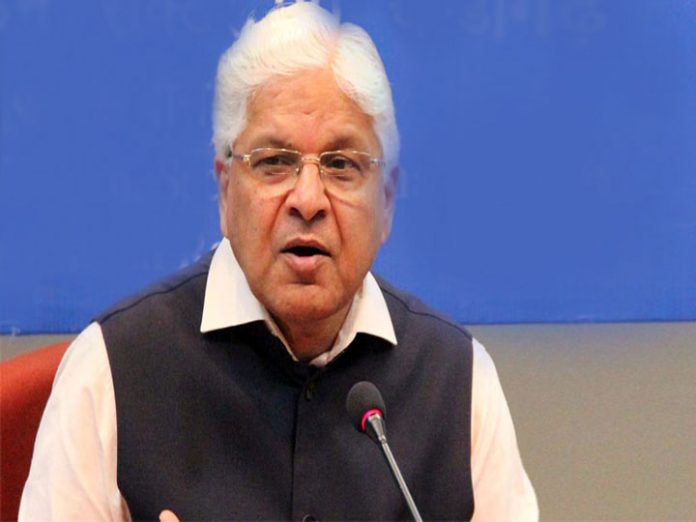 Former Union Law Minister, Ashwani Kumar has questioned the Election Commission’s (EC) credibility and fairness over personal attacks on the former Prime Minister Rajiv Gandhi. Kumar lashed out saying the failure of the EC to address the concerns raised by the Congress does put a question mark over the fairness of the body’s decision-making.

“If people lose faith in the institutions of libertarian and liberal democracy, the credibility of the consent obtained through electoral verdicts itself will be in doubt,” he said. “Political discourse has hit a ‘new low’ with repeated accusations being hurled at the late Rajiv Gandhi by Prime Minister Narendra Modi. I firmly believe that our democracy is facing a serious challenge, not only on account of the rancorous discourse but also the one that has broken all barriers of civility and decency.”

The Congress has been raising poll violations by the Bharatiya Janata Party (BJP) with the EC but to no avail. In fact, the EC has given a clean chit to Modi.

However, Congress president Rahu Gandhi said the poll watchdog is acting in a ‘slightly biased manner’ because of ‘tremendous pressure’ from the prime minister Narendra Modi. “There is a Narendra Modi ‘imprint’ on the Supreme Court, the Election Commission and other institutions in the country.” Gandhi said that as Congress president, he is not expecting fairness from the EC. “I understand that they are under tremendous pressure from Mr Narendra Modi and they are going to act in a slightly biased manner.”

Summary
Article Name
A big question mark on Election Commission’s credibility and fairness: Ashwani Kumar
Description
Gandhi said that as Congress president, he is not expecting fairness from the EC. “I understand that they are under tremendous pressure from Mr Narendra Modi and they are going to act in a slightly biased manner.”
Author
TPT Bureau | Agencies
Publisher Name
The Policy Times