As it often happens, the friendship is forced between two strong persons or nations, rather than a lopsided relationship. India before had been a laggard to China resulting the latter refrained to give due respect that our nation. However, the West, United States in particular, positioned India as a counterbalance to the supremacy of China in region. China remained stubborn to its position for few years, refusing to accept the new role India has started to play. However, India’s backing of the West did not fade away and resulted in situation like Doklam.

This culminated for the first time, China accepting India as an equal partner. “As the two largest developing countries and emerging-market economies with a population level of more than one billion, China and India are the backbone of the world’s multipolarisation and economic globalization,” Chinese President Xi Jinping said.

China also needs India to square off the influence of United States in the region to keep them under pressure with the help of India. President Xi Jinping, therefore, suddenly has become kind towards India stating China and India are the “backbone” of the world’s multipolarisation and economic globalization, and the two countries should jointly make positive contributions to the global peace and development.

President Xi clearly tried to bring India to their favor when he claimed a good China-India relationship is an important positive factor in maintaining world stability and is of great significance to the promotion of the development of all mankind, Xi was quoted as saying by China’s state-run Xinhua news agency.

His statement assumes significance amid moves by the west, particularly the US, to take protectionist measures that have hit countries like China and India.

China and India should be good neighbors and good friends. They should regard each other as an “active factor” in the change of world power and be used as a partner to realize their dream of development, Xi said.

It is a great opportunity for India to develop a good neighborly relation with China. It will help both countries to solve the border disputes once and for all. The border skirmishes can also be scaled down if there is mutual trust and respect. It will also help India to deal with Pakistan without the concern of China getting involved. In return, India has to undermine Dalai Lama and the issue of Tibet. The backchannel diplomacy between India and China must have been going on for some time as there has been some open disregard of Dalai Lama by the union government few months ago that hints towards some behind the scenes agreement between the two nations.

There are no doubts that are signs of winds of change. The positivity is in the air as Xi mentioned, “We must adopt a positive, open and inclusive attitude and correctly analyse and view each other’s intentions”. 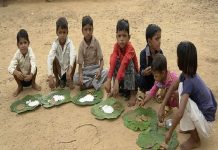 Taliban is committed to peace in Afghanistan, want foreign forces out