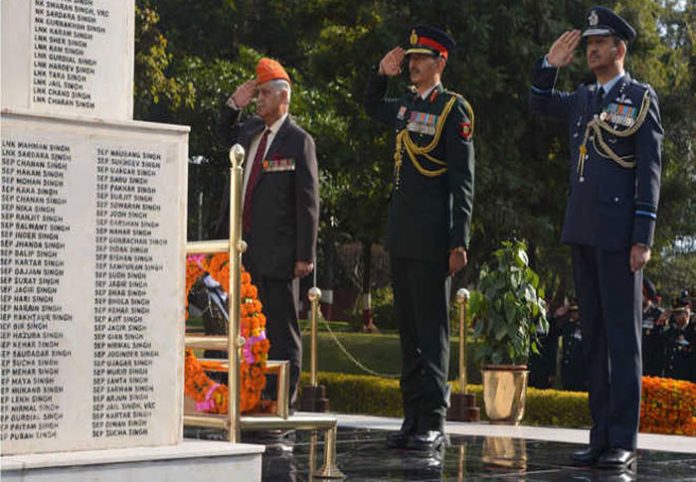 In May 2018, MoD issued instructions to Army for the opening of all Cantonment Roads for public use without any restrictions. Cantonments derive their name from Swiss Cantons, or districts and were set up by the British in India for housing troops well away from cities, often in the wilderness. There are a total of 62 cantonments. These are distinct from Military Stations which number about 2000 and are exclusive to the Army.

The Cantt roads leading to civilian areas had always been open to the public, however, internal roads where military units, installations & HQ are located could not have been thrown open to everyone without ensuring mandatory security checks. MoD’s order for the opening of internal roads of military areas is being claimed by the retired army men bodies as not only illegal, being in violation of Official Secrets Act & Cantonment Administration Rules, but also compromises the security of troops, equipment, weapons, ammunition, installations & families. It adversely affects the conduct of training & war preparedness of Armed Forces, thereby compromising on National security.

Military areas of Cantt are governed by Military Authorities in accordance with provisions contained in Officials Secrets Act & Defence Services Regulations. As per Official Secrets (OS) Act 1923, all Military areas and establishments fall under the category of Prohibited places. Trespassing or entering into Prohibited areas without valid Identity & Purpose is a criminal offence under the Officials Secrets Act, punishable under CrPC.

Procedure to be adopted by Armed Forces personnel for security of military areas and installations has been prescribed by Govt in Defence Services Regulations 1987 (Revised). Armed Forces are required to establish check posts, barriers etc & ascertain the identity of visitors before allowing them entry. HC also directed State Govt to “take expeditious steps to improve the alternate roads so that ordinary people are not subject to any inconvenience.”

Though the Cantonments were originally set up away from habitation, these have now become prime locations due to the growth of towns and cities around them. Presently over 11,000 acres of Defence Land is under illegal encroachments. The total value of encroached land runs in thousands of crores of rupees. Most of these encroachers have links with political parties and personalities. Illegal occupation/ conversion of Grand Old Bungalows (OGB) There are 2724 OGBs whose lease period has already expired. The leaseholders were barred from carrying out any additions, alterations or conversions.

However, most of these have been converted into commercial establishments, hotels, including shopping malls. Most of these are present in the hands of influential political and business personalities. Despite SC ruling in May 2014, clearing all legal hurdles for reclaiming all OGBs, officials with vested interests in Govt have not allowed taking over of these Bungalows till date.

There is a number of Govt properties on Defence land which are on lease for commercial, recreational or residential purposes. The lease deed of these properties has not been renewed for decades deliberately by Director General Defence Estates (DGDE) Officials. In addition, there are numerous properties which are without any lease agreement. All this has been resulting in huge annual revenue loss to Govt, running in thousands of crores. In Delhi alone, this loss amounts to hundreds of crores annually. Over 99% of cases of encroachments, loss of revenue & mismanagement of Defence Land pertains to lands managed by Cantt Boards through DGDE. Encroachments & Mismanagement of Defence Lands has been well documented in annual CAG Reports. However, encroachments & mismanagement cases have only been increasing with each passing year.

Unable to control encroachments, Controller General of Defence Accounts (CGDA) was tasked in 2010 to carry out a systems study & detailed analysis of the management of Defence Lands. CGDA in its Report concluded that there is a deep nexus between DGDE Officials and encroachers & that this nexus has become so entrenched that it is not possible to break free. It has resulted in the systematic loot of Govt land. It found DGDE failing in all four of its functions: audit, accounting, acquisition & financial management. Hence, CGDA recommended for the disbandment of DGDE & prosecution of its officials.

While CGDA recommended prosecution of DGDE officials & disbandment of DGDE in 2010, nothing actually happened on the ground due to their nexus with MoD officials. In a written reply to Lok Sabha MP Poonam Mahajan in August 2014, then Defence Minister Arun Jaitley admitted that around 11,455 acres of defense land had encroached.

Following these reports, Common Cause, an NGO based out of Delhi, along with Centre for Public Interest Litigation (CPIL), filed 3 a petition in the Supreme Court concerning the unauthorized use and encroachment of defense land. The petition relied heavily on CAG reports and is still sub judice.

However, corruption is so deep-rooted in Defence Estates & MoD that, instead of implementing Court Judgements, the involved Officials by using their powerful nexus, have now been able to force the Govt to give them overriding powers thereby making the LMAs irrelevant. The unrestricted opening of Cantt roads is one such decision. This is likely to further facilitate encroachments & consolidation of illegally occupied properties.

One Rank One Pension (OROP): Anomalies

OROP means that all soldiers of Indian Army, Navy, and the Air Force must get the same pension for the same rank with the same length of service irrespective of their date of retirement. And any increase in the pension of the current soldier must be automatically passed on to past pensioners.

Congress Governments kept promising to give OROP but were always shy of releasing full OROP. Narendra Modi realized this disservice to gallant soldiers and promised in-front of 3 lakh soldiers on 15 Sept 2013 in an Ex-Service-Men (ESM) rally at Rewari, that his Govt will release full OROP asap BJP/NDA Govt takes charge at center.

UPA Govt, realized this and fearing loss of votes of ESM, released full OROP on 17 Feb 2014, just before 2014 General elections. This order could not be executed in view of elections declared in March 2014. A large family of ESM (4 crore votes) did not believe Congress and supported wholeheartedly the call given by Narendra Modi and voted for BJP/NDA candidates. NDA Govt was sworn on 17 May 2014. NDA Govt approved OROP in its budget on 10 July 2014.

But despite various discussions, formal announcement and implementation of OROP got delayed. Finally ESM family started a Relay Hunger Strike and agitation at Jantar Mantar from 15 June 2015. OROP was released by Govt on 7 Nov 2015, but it fell short of promised full OROP and was only one-time increase as given by previous Governments.

Salient features of OROP released by the NDA government included: pension of the past pensioners would be re-fixed on the basis of pension of retirees of the calendar year 2013 and the benefit will be effective with effect from 1.7.2014; Pension will be re-fixed for all pensioners on the basis of the average of minimum and maximum pension of personnel retired in 2013 in the same rank and with the same length of service, and in future, the pension would be re-fixed every five years. And these fell below the expected full OROP provisions.

Govt also realized the shortcomings in OROP and announced One Man Judicial Committee of Justice N Reddy to look into the problems arising out of the implementation of OROP released vide letter dated 7 Nov 2015. The judicial committee has submitted its report on 26 Oct 2016. The report has still not been published and is under consideration of Govt.

As per above criterion soldiers who retired before 2014 will get pension lesser than a soldier of the same rank with the same length of service who retired post 1 Apr 2014. This defeats the basic principle of OROP. Pension equalization every five years will result in a senior rank soldier drawing lesser pension than a junior rank soldier for five years thus OROP definition will be violated for five years. This will also result in a permanent violation of definition as fresh cases will come up every year.

The ESM family is also demanding protection of just pensions of Defence Widows, ensuring Second Career for the early Defence Retirees till the age of 60 years through the Act of Parliament, and improvements in Medical care Scheme ECHS.  The medical procedures which have been introduced in the Country be on ECHS Procedure list within, six months of their being operational in India. There is also the dire need to have Veterans Hospitals on the line of other Democracies. 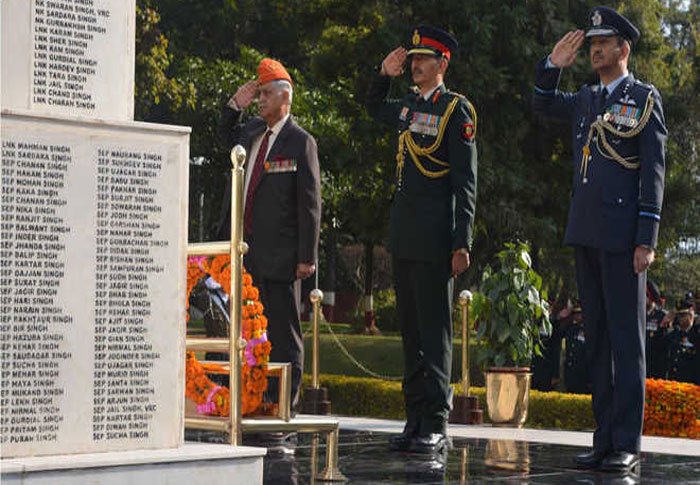 Article Name
ALL DISQUIET ON THE ARMY VETERAN'S FRONT
Description
Come August 9, retired Indian armed forces family of around four crores people (pensioners and their families) will join the farmers, Dalits and tribals for a Bharat Bandh with their own set of woes, related to partial OROP implementation by the government, opening of cantonment road and property for civilians, and quest of higher dignity for the lower ranks in service.
Author
Prof. Ujjwal K Chowdhury
Publisher Name
The Policy Times
Publisher Logo 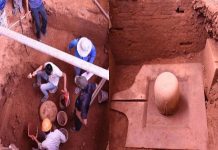 Why Tharoor Feels “Its’ Hard To Be A Politician”