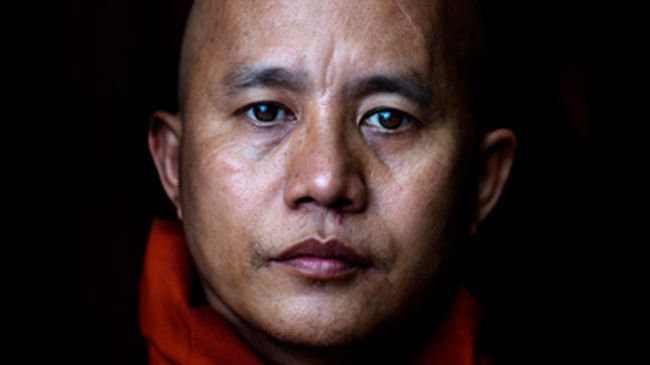 Osama Bin Laden was probably the most infamous terrorist of the 21st century. However, eclipsing his notoriety is the little Buddhist monk of Myanmar, Ashin Wirathu, for his militant anti Muslim stand. The monk who has been accused of conspiring persecution of Muslims through his speeches and actions, claims that he is a peace lover and preacher. Instead, he explains his own position, “I am defending my loved one like you would defend your loved one. I am only warning people about Muslims. Consider it like if you had a dog, that would bark at strangers coming to your house – it is to warn you. I am like that dog. I bark.”

However, according to the eye witnesses he is not merely a dog, but more of a hyena. He has been seen wielding knife in denim jeans covered with saffron robe during Mandalay riots of 2013. However, he launched and led his first anti-Muslim attack in 2001 through the 969 Movement. For the uninitiated, 969 Movement is a nationalist movement to spread fear amongst mass about Islam’s expansion in the Buddhist Burma. While he was sentenced to 25 years in prison for his hate crimes in 2003 but was released in 2012.

His hatred for Muslims are deep and without any contradiction. When he was alleged that Muslim women are raped and abused by the military, he laughed, “Impossible. Their bodies are too disgusting.” This shows his mental condition! He refused to call the Ronhingya community by the name, and instead claims they are Bangladeshis and prefer to call by them by that.

There are about 5% Muslims in Myanmar which has a population of 54 million, according to 2014 Census. However, Wirathu pushes the idea that Islam and the Muslims tends to put Buddhism and essence of Myanmar in threat. He cites examples of what happened to West as they have provided long handle to the Muslims. As a consequence to that, he asserted, he won’t allow that to be repeated in his own country.

Wirathu is also keen to extend his advice to Donald Trump or Nigel Farage of how to handle the Muslims. These includes Muslim groups’ infiltrating the Facebook pages and to get all Islamic schools in recording their lessons and the internet activity’s government surveillance, including emails.

Many Buddhist monks disagree with his teachings. Abbot Arriya Wuttha Bewuntha of Mandalay’s Myawaddy Sayadaw monastery said, “He sides a little towards hate [and this was] not the way Buddha taught. What the Buddha taught is that hatred is not good, because Buddha sees everyone as an equal being. The Buddha doesn’t see people through religion.” Maung Zarni, a pro-democracy activist of Burman is a critic of Wirathu’s ‘969’ movement which only spread hate speech.

The European Union countries should take bold step against Burman for the largest ethnic clinging of 21st century since Myanman is a major EU-aid recipient country”.

Time magazine described Wirathu as “Face of Buddhist Terror”. His hatred for Muslims can turn traditional Muslims bashers such as, Trump or Yogi to shame. Although, he claims that even shoddy treatment of Rohingyas don’t exist on one hand, on the other he proudly proclaims that he blocked Aung San Suu Kyii from helping the Rohingyas. His terror plans against the Muslims even surpasses the sinister of Bin Laden. Considering his atrocities and hate crimes against ethnic minorities, he should be declared as a “Buddhist Terrorist” by the United Nations and the US! However, he is not branded as terrorists to the Americans or the West as they are on the same side in the ‘clash of the civilizations’. 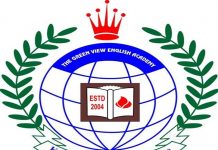 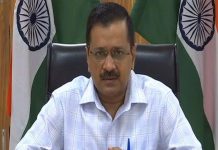