Demonetization has been one of the key factors that have slowed Indian economic growth. Out of a modest growth one year ago, this move wiped out 2 percent of the Indian GDP. The small and medium size business, which forms the backbone of employment generation in India, was damaged by enormous means. The informal sectors, where majority of poor Indians are employed, have been affected quite substantially because of demonetization.  According to the data of Centre for Monitoring Indian Economy, more than 1.5 million jobs were lost in the first four months of 2017 due to demonetization.

The question remains what did it gain them or us at such a cost one year on? Has grass root level corruption receded because of demonetarization? Does bureaucrats and politicians stopped taking bribes from the common folks? If the government cannot change the system and the machinery that creates corruption, what was the purpose of demonetization? If the government was serious in revamping the system and flush out the black money, it should have overhauled the institutions and state machinery that would stopped the breeding of corruption. By merely invalidating the currencies, nothing could have been achieved and that was exactly what has happened. It is a publicity stunt that has been implemented intelligently, considering the state of hopelessness that common people have towards corruption. This is also a well oiled exploit of the inner insecurities of the people. A person in the likes of Mr. Modi has enough intelligence to understand the mass psychology and he has mastered the art of exploiting it. He did the same kind of exploit during the Gujarat riot, where Godhra incident was used in driving anti-minority sentiments leading to such riot.

The hardship that people faced and many of them gladly accepted it in the hope of cleaner administration has fallen flat on its face. The scams carried out by the public and private sector banks have resulted in the taxpaying middle class compensating the financial burden instead of the high profile defaulters. If this is not government sponsored corruption, then what is it? The GST has increased the burden of everybody and is poised to ruin the emerging SME landscape. The ‘Startup India’ which Modi initiated has been killed by him himself.

In response to demonetization, Rahul Gandhi has this much to say, “Mr Modi has damaged India by converting anger created by joblessness and lack of economic opportunity into communal hatred. He has chosen to hide behind a shallow, hate-filled political narrative. Anger might have brought Mr Modi to power but it will never create jobs or fix India’s institutions”.  People should wake up from the illusion that corruption have receded and face the reality of the being fooled by the incumbent. 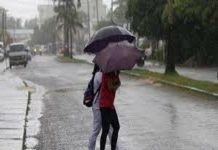