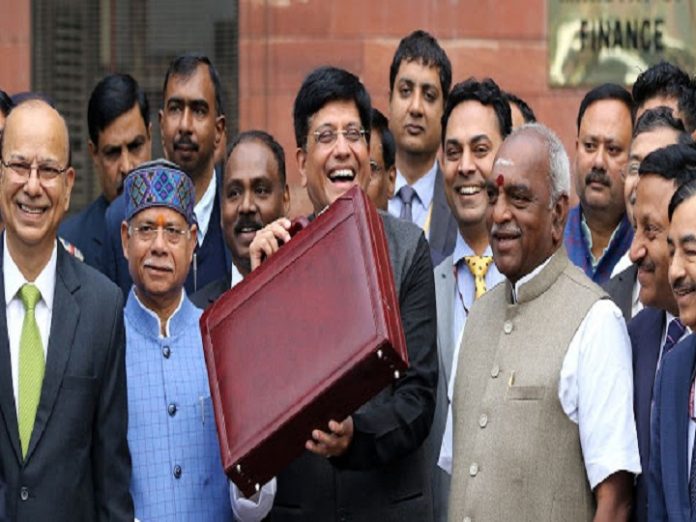 Interim Finance Minister Piyush Goyal presented the 2019 Budget in parliament on Friday, calling it a road map for people’s development. In BJP led NDA, Modi government delivered an Interim Budget likely to boost the government’s popularity ahead of polls- now just months away.

The Budget includes big announcements such as a major income support scheme for farmers and a new pension program for workers. It also includes a number of smaller measures that could prove popular including tax relief for the lower middle class.

In this election year budget, two major initiatives– one is the farmer income support plan and the other is a pension plan. These two announcements could go some way to boosting Modi’s popularity ahead of elections.

As expected, Modi government comes up with a massive spending plan for the country’s farmers with Rs. 75,000-crore farm income support program announced to provide relief to the farmers of the country. Farmers with less than two hectares of land will receive Rs. 6,000 each year. Agriculture-focused companies such as Shakti Pumps India, Jain Irrigation Systems, KSB, Kirloskar Brothers, Avanti Feeds, Waterbase, JK Agri Genetics and PI Industries could be benefited from the budget.

Income taxpayers earning up to Rs. 5, 00,000 will get a full tax rebate while those earning up to Rs. 6, 50,000 will need not to pay tax if they invest in the country’s provident funds and prescribed equities. “This could benefit as many as 30 million middle-class taxpayers,” Mr. Goyal said.

This Interim budget increased spending on animal husbandry and fisheries. To provide sustained and focused attention, the government decided to create a separate department for Fisheries. Furthermore, an interest subvention plan introduced for small-and-medium-sized businesses that could be benefited for the companies with exposure to rural India. That includes motorcycle companies and others with interests in the country’s heartland including Mahindra & Mahindra and Larsen & Toubro.

‘Mega’ pension scheme for India’s informal sector workers with income below Rs. 15,000 is one the major announcement of this government. The vast majority of the country’s workers are employed in small enterprises, often with little job security without any social security benefits.

The Bombay Stock Exchange’s real estate index climbed as the government reiterated its push for affordable housing and announced new measures that could boost home-buying. Mr. Goyal promised a home for every person in India– a country of 1.3 billion people. He also proposed to allow investments of as much as Rs. 2 crores from capital gains for buying two residential houses compared with only one at present. He also proposed waiving tax on the notional rent payable on a second self-occupied house. Companies such as Oberoi Realty, Prestige Estates Projects and DLF could be benefitted.

Modi government will breach its fiscal deficit target for a second year, with the budget gap estimated at 3.4%. Bond-holders could get hit if Moody’s or American financial services company Standard & Poor’s (S&P) downgrade the country’s credit rating. Moody’s has already said the government’s budget includes no new policies to increase revenues.

“Ongoing slippage from the government’s budgeted fiscal deficit targets over the past two years, and our expectation that the government will face challenges meeting its target again this coming fiscal year (ending March 2020) does not bode well for medium-term fiscal consolidation,” said Gene Fang, an associate managing director at Moody’s Investors Service’s sovereign risk group.

Rural labourers who toil on farms but don’t actually own any land will not benefit from the government’s big spending plan for farmers. These workers are already poor while most state-initiated plans to boost prosperity in the countryside tend to focus on land-owning farmers.

”It tends to ignore the landless farmers who will not be entitled to the annual support of Rs. 6,000,” said Jaijit Bhattacharya, president of the Centre for Digital Economy Policy Research in New Delhi.

In dollar terms, the country’s defence spending is less than it was last year because of depreciation. This year’s budget allocates about Rs. 3.05 lakh crore for defence, most of which is eaten up by recurring costs that squeeze the money available for new arms purchases.

Summary
Article Name
#Budget 2019: Who are the winners and losers?
Description
The Budget includes big announcements such as a major income support scheme for farmers and a new pension program for workers. It also includes a number of smaller measures that could prove popular including tax relief for the lower middle class
Author
Mohhamd Javed
Publisher Name
The Policy Times 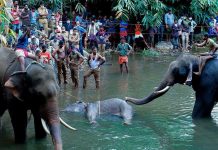