China, in many respects, is seen as the next superpower of the world! However, the reality is something different! There are many miles that still need to be traversed by this country to attain this ambitious status. Sometimes in appreciation of the exponential rise of the Chinese economy, the global media did go overboard.

By the close of 2016, a total of 43.35 million people are still to escape out of the poverty as they languish below the poverty line. World Bank said that despite a monumental task achieved by the Chinese government in lifting 800 million people out of the poverty, “China remains a developing country (it’s per capita income is still a fraction of that in advanced countries) and its market reforms are incomplete. According to China’s current poverty standard (per capita rural net income of RMB 2,300 {about Rs 23000} per year in 2010 constant prices), there were 55 million poor in rural areas in 2015.”

This gap is what Chinese government is set out to bridge in next five years. Premier Ki Leqiang is confident that China will be able to lift more than 68.5 million rural people out of poverty in next half a decade. While delivering a government work report at the first session of the National People’s Congress (NPC), the national legislature, he said, “China will reduce the poor rural population by over 10 million in 2018, including 2.8 million people to be relocated from inhospitable areas.”

President Xi Jinping is also on a mission to include poverty alleviation programme as the key policy campaigns. According to him, there are about 70 million people in 2015 below the poverty line that he hopes o lift by 2020.

Wang Sangui from Beijing’s Renmin University told Xinhua said, “Bringing another 10 million people out of poverty will be much harder this year and requires the government to roll out more precise and tailored measures.”

It is true that China has been able to convert a utopia of prosperity to reality. However, it is also true that to consider China as a superpower and a developed nation is still a utopia for the country. India should not have complexes on China’s economic success as although ahead in the race, it is still behind many nations and that China is not even considered as a middle-income country. 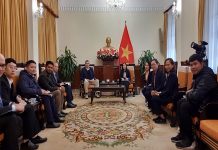 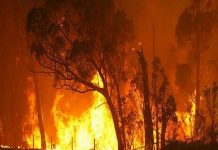 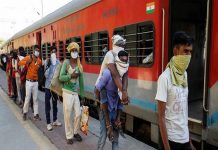 Tension Continues at Border; Showing a Sign of War between India... 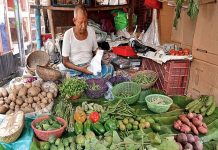