The Financial Resolution and Deposit Insurance Bill will set up an agency called the Financial Reconstruction Corporation. This agency will have the rights to merger, liquidate or take acquisition of failing financial institutions such as banks.

The Financial Reconstruction Corporation will have all the rights to declare the entity as bankrupt. As of now, there is ₹1 lakh in insurance for a bank failure for depositors, under the Deposit Insurance and Credit Guarantee Corporation which is under the RBI.

The main issue that will be debated is the whole safety net of depositors money, in case of such failures by these institutions. Rightful claim to savings will not be possible, and this needs to be fully discussed and renegotiated.

Bank of Cyprus is an example, where depositors in the Bank of Cyprus located in Cyprus lost almost 47.5% of their savings. This was due to the 2 billion euro rescue package with its euro partners and the International Monetary Fund.

Solution to such a problem is an insurance cover on deposits. This implementation will protect bank depositors, from losses. It is a safety net which promotes financial stability. Many European countries after the financial breakdown in 2008, have increased the amount covered by their deposit insurance schemes. Example France has a coverage limit of Euro 100,000 and coverage of 100%. The French President on 13 October 2008, announced that he will not let any French Bank fail, which has so far been held.

The Indian government needs to look into such instances and try to keep the depositors safe from problems by these institutions.

The government needs to regulate the functioning of Private Schools, a place of learning rather a centre of Exploitation

US, India set for Clinical trial of Ayurvedic medicine against Covid-19 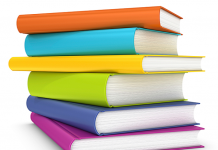 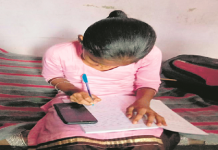