Zhang Zhongsheng, former vice mayor of Luliyang City in Shanxi Province of China was found to be guilty of taking bribes. The Intermediate People’s court has sentenced him to a death penalty for taking a bribe of more than 1 billion Yuan from 1997-2013. All his personal assets will be confiscated. It is the first death penalty since China has launched his anti-graft crackdown in 2012.

The court found that Zhang accepted the bribe in order to ease the way for entrepreneurs, accepted and granted the licenses for coal mines mergers and other projects. According to the prosecutors, Zhang was involved in two individual bribery cases that add up to 200 million Yuan and about a third of his illicit asset remains unaccounted. The court said that the amount involved in these two cases were “extremely large”.

Zang was known as the ‘godfather’ for taking his cut in a majority of capital invested, especially in the increasingly profitable coal projects in the Luliyang.

China’s state-run Global Times notes, “Zhang’s sentence showed the system, rules, and laws of China’s anti-graft drive are growing normal and the fight against corruption is gathering unstoppable momentum. Respect for the law, fear of discipline and abiding by the regulations are being consolidated in the mindset of officials at all levels.”

In a couple of years, the Indian Parliament has passed many of the laws against corruption. Few of them are:

But one of the most important bills which seek to amend is stuck in Parliament. The Prevention of Corruption (Amendment) Bill 2013 talks about setting up specific provisions related to giving a bribe to a public servant. But the penalties somewhat remains unchanged in the pending amendment bill. These penalties include imprisonment up to 3-7 years with fine and 3-10 years with a fine for others and habitual offenders respectively. Whereas criminal misconduct talks about imprisonment up to 4-10 years and a fine

Transparency International has ranked India and China on 81st and 77th respectively in the global corruption perception index 2017. And they named them among the “worst offenders” in terms of graft and press freedom. While China is coming up with harsher punishment, India still continues to be soft with the punishment. Corruption is a plague to the country. India must come up with strict laws against corruption. Recently the Fugitive Economic Offenders Bill was introduced in Loksabha. The Bill aims to issue an arrest warrant against the person who has left the country without persecution or refuses to return to face persecution. The offenses listed for issuing the arrest warrants are, transactions defrauding creditors, money laundering, cheque dishonor for insufficiency of funds. At least the parliament must pass this bill in such that no other Vijay Malya and Nirav Modi leaves the country without proper prosecution. 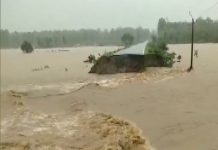 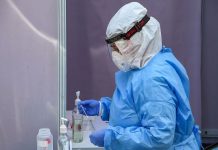 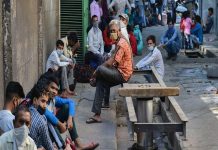 Migrant Crisis amid COVID- 19 is Why We Need “Journalism of...

If IANS be true Vodafone to exit India over losses