Prime Minister Narendra Modi has completed four years in office but the country has not yet seen ‘Acche din.’ In the last four years, the country’s GDP has fallen continuously. In 2015, the country’s GDP rate was 8.16%, which is now at 7.36%. This fact tells us that the gap between the rich and the poor is increasing in the country.

I am presenting some statistics which will show how unequal the rich and the poor is in the world and India:

World’s richest and the poor

What is the condition in India

The slogan ‘Sabka Sath sab ka Vikas’ of the Central government is visible only when it comes to the rich and the situation of the poor has worsened. The gap between economic and social inequality has widened in the country. Still, millions are deprived of education, health and living infrastructure.

We read regularly about the successes of government schemes in lavishly advertised newspaper pages claiming development of the poor but in reality, it is totally different. The suicide rate of farmers has increased since 2014. According to National Crime Record Bureau (NCRB), farmer suicides in the country rose by 42% in the country between 2014-2015, but in various newspapers

More than half the population does not have basic amenities

With increasing population, inflation of the country has also led to an imbalance in the social and economic conditions of the country which can be balanced by a well-planned economic policy. Though the country has progressed in the field of science and technology, the basic requirements of water, electricity, medical services, and housing in addition to food and clothing are not available to the maximum population in the country.

No benefits of poverty alleviation and development schemes

The promises of the Centre towards poverty alleviation can be understood by this fact. The number of centrally sponsored schemes of poverty eradication and development in the country is more than 225. There are more than 100 schemes in the field of rural development and agriculture only, but till now these schemes are not available. According to some estimates, about one-third of the population in India live below the poverty line and about 77% of the population lives on less than Rs 20 per day but the government does not show any concern over their circumstances.

According to the UNDP’s latest report, India’s rank is constant at Human Development Index for last two years. In a World Bank report, the states of India are compared to the world’s poorest countries. It was reported that 62 crore people live in states which are at the bottom of developmental activities. In these backward states like Uttar Pradesh, Bihar, and Jharkhand, one-third of the country’s population resides.

In September 2016, former US President Barack Obama said in his speech in the United Nations General Assembly that “The world would never be able to survive, where 1% of the population had such wealth, as much as 99% of the population.” So it’s time the government changes its priorities. 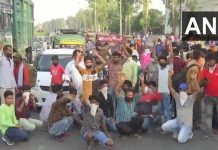 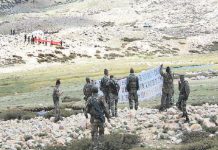 Necessity of Regulations for last mile logistics in e-commerce