Since eternity the women have been on the mercy of men of this stern society and when society itself gets into a complete chaos, it is needless to assess the dolor of this so-called better half of the society. At the time when people of war-torn Syria are in a jeopardy, the women are getting exploited to their utmost extent. Could it be even worse that they are forced to present sexual favors in lieu of the aid which they are promised? The so-called welfare agencies which even consist of the mighty United Nations Organization (UNO) are refuting such claims as they consider themselves unaware of such things. The other humanitarian agencies are turning a blind eye to the exploitation as the international staffs which claim themselves of being the messenger of humanity couldn’t access in these areas. Do even these agencies have the right to call themselves a humanitarian agency?

Could it be more disturbing for a woman that these Syrian women are refusing to go to distribution centers because people would assume they had offered their bodies for the aid they brought home? The United Nations Population Fund (UNFPA) presented a report “Voices from Syria 2018” said that these helpless women in the desperate need of food and basic things were forced to marry the officials in order to provide them ‘Sexual Services’. The report further added, “Women and girls ‘without male protectors’, such as widows and divorcees as well as female IDPs (Internally Displaced Persons), were regarded as particularly vulnerable to sexual exploitation.” According to a survey by the International Rescue Committee (IRC), 40% had said sexual violence took place when they were accessing services, including humanitarian aid.

After such a lowly crime getting exposed the blame game has started which also consist of self-defense from every other agency blamed by the other one. Indeed! There have come agencies to aid these women in distress but the million-dollar question arises that how much we have degraded morally? How can we be so much licentious in nature that we tend to exploit the women for a bar of soap? Can we be so morally mean that we just see the body of a woman as an object of our lust fulfillment even at the time when she is in agony? Obviously, these things need to be addressed by the policy makers otherwise we should abolish these so-called humanitarian agencies which in no way deserve to exist even. 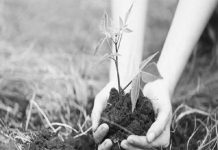