iPhone 1 was a revolution which set out with a 3.5 inch screen and started the journey of iPhones. The iPhone has brought about the introduction of smartphones, as the first phone that possessed a touchscreen and access to worldwideweb. The pixel density of the display was 320 x 480 which was regarded as the best option at the time. This phone was also equipped with a storage capacity of 8GB and 2-megapixel camera. This was back ten years ago, in the year 2007, when such technology was just a dream.

Steve Jobs, in California’s Macworld Conference & Expo, introduced the phone as the three devices combined: a breakthrough internet communicator, a revolutionary mobile phone and an iPod with touch controls. This phone is considered to be revolutionary as it changed the way people interacted with their phones. The mobile computing platform that was created by iOS was like no other. The smartphone revolution leader is the iPhone.

The successor of iPhone 1 was launched after a year of its introduction. The next phone was the second generation, and was named 3G for marking the new 3g feature that was offered with it. This phone offered much faster connectivity, GPS and 3G data service. It was also the onset of the App Store that is seen today. Certain basic phone issues were fixed in the new Iphone 3G which was missing at the time of the launc, these elements were updated by Apple.

The iPhone 3GS was launched in 2009, marking the third generation iPhone and iPhone 3G’s successor. This phone had an unchanged design but introduced voice control, improvement to the camera and guaranteed a two times faster performance.

The iPhone 4 was launched in 2010 with a path breaking design. A whole lot of new features were added into the iPhone 4 making it the best phone in comparison to its competitors. Steve Jobs called it the smallest smartphone.

In 2011, the iPhone 4s was launched and Siri came to life along with it. The exclusive intelligent personal assistant came to life with the Iphone 4s and was the first time any user had experienced such Artificial Intelligence. It was the forerunner of the Artificial Intelligence war involving Apple, Microsoft, Google and Amazon that is seen today.

In two years Apple released the Iphone 5 which was a major redesign. The new features included an aluminum design and smooth edges. The weight of this phone was reduced by 20 percent from the previous models, although the size of the screen increased to 4 inches.

The iPhone 5c was the next model that was first affordable one and was largely similar to the iPhone 5 but instead was packed inside a plastic body rather than the aluminum body.

For the next models, iPhone 6 and iPhone 6 Plus, they were launched simultaneously with a 4.7-inch and 5.5-inch display respectively. Apple for the first time on iPhone 6 Plus used optically stabilized lens and equipped it with a full HD resolution of 1920×1080.

The next model launched after a year was the iPhone 6s and 6s Plus. A new color called rose gold was offered in this model, although design and display were similar to their predecessor.

The iPhone’s tenth generation phone had been the iPhone SE in the series. It is equipped with a 12-megapixel rear snapper and a 4-inch display with internal storage space of up to 64GB.

The latest launch in the Iphone series is the iPhone 7 and iPhone 7 Plus models. This was launched in 2016; it offered a water resistant phone with IP67 rating. These phones have lightning connectors replacing the 3.5mm headphone jack. It also has a dual camera setting up the at the back and an additional portrait mode.

The Iphone X is to filled with new and exciting features, and will start taking pre orders from the 27th of October. Before this the Iphone 8 and 8 Plus will start shipping on the 22nd of September. The Year 2017 will be Apple’s Year and Apple has once again proved its strength in the Smartphone Market compared to its rivals. 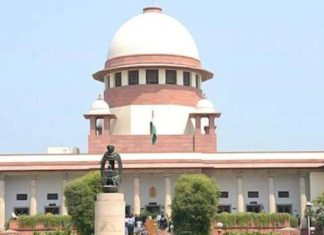 How to save the highest institution of India

Amrit Mirchandani - January 13, 2018 0
On Friday, 12 of January senior most judges of the Supreme Court publicly accused Chief Justice of India Dipak Mishra for choosing his own... 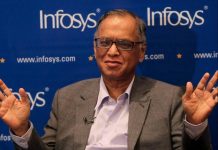 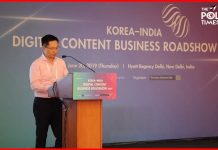 Apple Soon to Muster iPhone12 in India; A Move to Make...

Alarming Rise in Cybercrimes in India Sends Government into Ponder