2018 is predicted to be a much more technological savvy year. The Indian Government is boosting financial inclusion and promoting cashless societies. This will open up windows of opportunities especially to Indian Fintech companies. According to EY, one of the big four consulting firms 52% of India is adopting Fintech.  China leads the pack with 69% of the population adopting this financial practice.

It is already seen many private banks such as HDFC, ICICI and Yes Bank have adopted chat bots to help interactions with your bank at the comfort of your office and home. There is also the development of machine learning along with big data tools to predict the customer needs. Cryptocurrency has added to Blockchain developments to ease transactions in terms of costs and speeds.

Is India Ready for Artificial Intelligence?

In terms of Fintech it’s always been a cause of concern due to virus attacks and security flaws digitally. Cyber security measures are now far beyond normal, with combinations of OTPS, encryption and wide range of other security implemented.

By 2020, Indian Fintech is expected to reach $2.4 billion with 2018 being a critical year with customers already open to banking innovations.

With global warming getting worse, India has started implementing the right options. India has partnered up with technologically advanced countries such as Sweden to work in clean technologies.  There is also carbon pricing which adds to the woes of people using carbon emitting vehicles which add to global warming. India is also the fourth largest wind power market in the world, with a growing solar energy plan.

The Paris climate change protocol needs to be strictly adhered to, and India is doing just this.  Mahendra Singhi, CEO of Dalmia Bharat Cement Group explained that his company which manufactures cement is climate friendly.

Looking Back at the Events Shaping 2017!

Electric cars are also on the rise in India. Chetan Maini launched Indias first electric car called Reva in 2001 and since then it has become a fad. Tata Motors will be producing  Tigor EV which the government will use and around 10,000 cars are bound to be on the roads in 2018.

Is China a Superpower now?

TPT Bureau | Agencies - August 3, 2019 0
The term ‘Superpower’ was first used after World War II to describe countries that have a dominant position to influence much of the globe,... 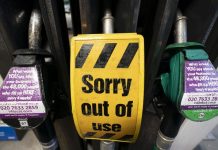 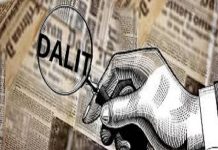 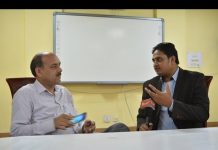 SC says no to early hearing of pleas on Ayodhya title...