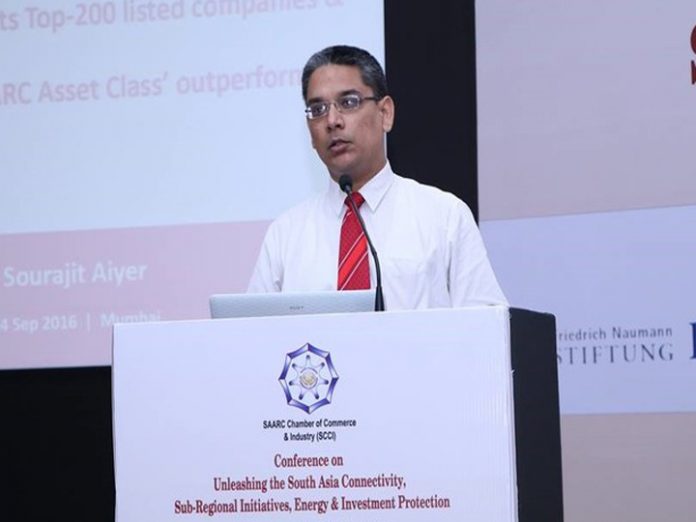 A) India does have a historical link with Vietnam. But while most Indians are aware of their historical connect with Thailand, Cambodia or Bali, thanks to Ashoka’s Buddhism outreach or the linkages created by India’s Pallava, Chola, and Kalinga kingdoms, not many are aware of India’s history with Vietnam. The Champa kingdom, which started in southern Vietnam during the 4th century AD, was influenced by Hinduism. This kingdom flourished for over 1,000 years, a significant period when one looks at the average tenure of kingdoms in the medieval era.

But that was history! I think the connect in contemporary times should be driven more by economics, geopolitics, and people-connect. And this offers an interesting cocktail. India’s policy of connectivity to the ASEAN (to Myanmar and Thailand) should extend up to Vietnam and Cambodia, as they lie contiguous in the Mekong region. Vietnam is a fast-growing emerging market which is evincing significant interest from global investors and businesses, and that can offer significant trade and investment opportunities for India. Direct air connections are coming up just now, which should facilitate the flow of tourists, business people, and students. Vietnam’s strategic location in the South China Sea makes it a critical piece of India’s Indo-Pacific security strategy, moreover as Vietnam has often stood up against China’s growing clout in those waters. All these factors should be leveraged to drive Indians’ awareness about Vietnam.

Q) Tell us a bit about Vietnam’s economy vs. its peers in the emerging market universe?

A) To give a perspective, Vietnam’s GDP on a PPP basis was about $600 billion in 2017, which was a roughly similar size to emerging economies like Bangladesh or UAE. It was the fifth-largest market in the ASEAN. But more importantly, in terms of growth, Vietnam’s GDP (PPP basis) grew at an 8% CAGR during the five years from 2012 to 2017, which made it amongst the Top-5 markets globally in that period amongst all the countries which had a GDP size of over $500 billion. It was preceded only by India, China, Bangladesh, and The Philippines.

Vietnam has a Per Capita GDP (on a PPP basis) of about $7,000, just like India. This grew at a similar pace as India’s in recent years. With a population of 95 million, it is the third-populous country in the ASEAN and is more populous than emerging economies like South Africa, Turkey, Kenya, South Korea or Egypt. Vietnam, like India, saves almost 30% of its GDP, and this is higher than peers like South Africa, Philippines, UAE, Turkey or Kenya.

Consumption drives about 75% of Vietnam’s GDP. While this is similar to Bangladesh, Sri Lanka or Turkey, it is less than peers like South Africa, Ethiopia, Mexico or Pakistan – or even the US and the UK for that matter. The investment comprises 28-30% of Vietnam’s GDP, higher than Turkey, Malaysia or the Philippines but less than India, Bangladesh or South Korea. Vietnam is a net importer, i.e. it imports more than it exports. All these three segments – consumption, investment, and trade – offer significant headroom for growth when compared to other peers in the emerging market universe.

Q) How has India’s policy shifted in recent years towards Vietnam?

A) India launched a Look East Policy with the ASEAN in the 1990s, which was upgraded to the Act East Policy in 2015, which catalyzed connectivity, infrastructure, and institutional development. This Act East Policy has, in part, driven India’s relationship with Vietnam. India has a Strategic Partnership with Vietnam. However, India’s policy towards Vietnam, in recent years, seems to have been more geopolitical than economic in terms of motivation. India recognizes Vietnam’s strategic location for its Indo-Pacific security policy. Moreover, Vietnam has been quite vocal in its view about the expansion of the Chinese navy in the South China sea. India has stepped up military training, coordinated patrols, arms sales, and port call with Vietnam. India has also sold offshore patrol vessels and extended a $500 million Line of Credit to Vietnam for defense purchases.

At the same, soft diplomacy efforts have seen dividends. The Mekong-Ganga Cooperation project facilitates people-connect among the countries along these two historic and civilizational rivers in tourism, education, culture, transport, and communications. Cooperation in science and technology now includes a space project for a tracking and reception station in Vietnam. The Blue Economy is another area of cooperation. The India-ASEAN Workshop on Blue Economy was conducted jointly with Vietnam, aiming to develop the blue economy and strengthen maritime connectivity.

But while security and soft diplomacy are seeing momentum, I think the economic engagement has not grown to the extent it should have, especially when one puts Vietnam’s growth, size and demographics into perspective. It is imperative to boost India-Vietnam trade and investment meetings at the level of the policymakers and businesspeople.

Q) Tell us a bit about India-Vietnam trade. How does it compare to other ASEAN markets?

A) Within the India-ASEAN trade volumes of about $70 billion in 2017, India’s trade with Singapore and Indonesia (at $17-18 billion each) and Thailand and Malaysia (at $10-12 billion each) comprised an almost 80% share, indicating the low share of the other ASEAN markets like Vietnam or Philippines. At the same time, Vietnam, along with Singapore and Malaysia, has seen a decent share within India’s exports to the ASEAN, indicating the trade balance is largely in favor of India in India-Vietnam trade. India largely imports mechanical/electrical machinery, equipment, hardware, rubber, fibers, wood products, polymers, chemicals, etc. from Vietnam and mainly exports cattle feed, machinery, seafood, pharmaceuticals, cotton, textiles, jewelry, etc. to Vietnam.

But India-Vietnam’s total trade at ~$6-6.5 billion in 2017 is not commensurate with the true potential, given the size, growth, and demographics of the Vietnamese economy. The headroom for growth for Indian businesses looking to deepen trade ties with Vietnam is simply immense.

Q) What are some of the opportunities in Investments in India-Vietnam economic ties?

A) While India-ASEAN investment ties are robust, much of the investments are sourced from Singapore and Malaysia. India’s investment in Vietnam is a dismal $1 billion. The two countries identified textile and garments, pharmaceuticals, agriculture-commodities, leather/footwear, and engineering as sectors of mutual interest. Recent deals include sectors like food processing, fertilizers, auto components, energy & minerals, agriculture-processing, IT, etc.

Further, connectivity, energy, infrastructure, and manufacturing hold promise not only with Vietnam but with the broader CLMV group (Cambodia, Laos, Myanmar, Vietnam). India has announced a project development fund to develop manufacturing hubs in the CLMV markets. Textile is up for grabs, as Indian textile manufacturers can collaborate with Vietnamese counterparts as the cost of production in Vietnam is less, plus it is a beneficiary of the migration of production from China. The India-Myanmar-Thailand Trilateral Highway project should be extended to Vietnam, to facilitate seamless movement of goods along with the network. This would then include involving Vietnam in the India-Myanmar-Thailand Motor Vehicle Agreement. Digital is a growing area of investment, with India looking at projects to set up digital villages, e-Network for the provision of telemedicine and centers for software training in the CLMV countries. This would also aid these countries, including Vietnam, to speed up e-governance.

Q) What are the areas that need to be addressed for building closer people-to-people connect?

A) Direct air connectivity between India and Vietnam was hindering closer people-to-people connect. But the direct flights launched by some low-cost carriers this year has been a step in the right direction. Along with the convenience of e-visa facilities, this should bode well for enhanced travel between the two countries.

But people-to-people connect is not only about travel, but it is also much more! In that context, India is supporting scholarships for ASEAN students, including those from Vietnam, in Indian universities. It is supporting English-language training for professionals from the CLMV nations, including from Vietnam. It is also supporting the training of civil servants in new areas like drought management, disaster risk management, groundwater management, etc. Such initiatives would also build closer people-connect between the two countries. With high growth expected in the CLMV nations, their demand for skilled professionals would rise; thus, employment visa systems need to be smoothened to facilitate the movement of working professionals. Cultural connect with translated film or television content can also promote awareness and people-connect. I have seen South Korean cultural delegations holding public performances in the streets and parks around the city-center in Ho Chi Minh City, which were free and open to all. India should do the same. 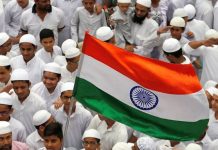 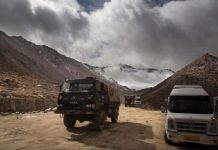 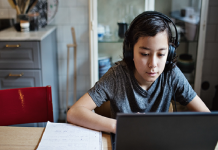 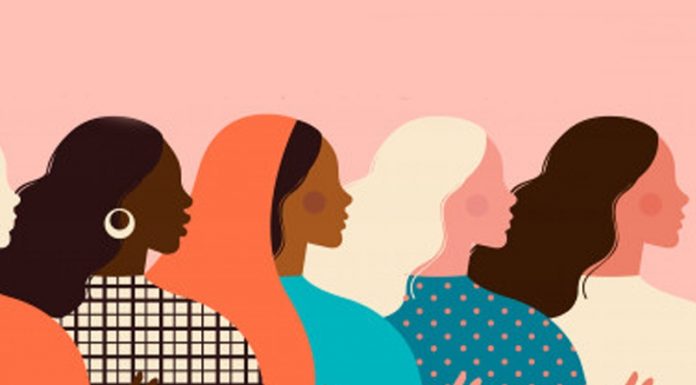 Women empowerment; Leaders from around the world pledged $40 billion to promote gender equality

7 Books you can’t afford to Miss before New Year