The ravaging Coronavirus has become the world’s costliest epidemic in the last 20 years. According to data collected by Learnbonds.com the CoronaVirus, which has mostly hit China, is projected to cost the country about 2% of the GDP in the first quarter of 2020. This is equivalent to $62 billion.

Based on these calculations the impact on the global GDP might be even bigger.

The outbreak might hamper Chinese growth as most operations have been halted. If the virus is not contained, a similar situation might be replicated in other parts of the world.

China is prioritizing containing the virus with the government allocating $12.6 billion for medical treatment and equipment. Elsewhere, leading banks have lowered interest rates for small businesses and individuals in the worst-hit areas including Hubei, the epicenter of the virus.

Since 2000, the CoronaVirus is projected to be the costliest epidemic when compared to other disease outbreaks including Ebola, Swine flu among others. This is despite the fact that previous diseases such as Swing Flu and Ebola had a much higher death toll.

By February 4, 2020, European Centre for Disease Prevention and Control put the number of deaths resulting from the Coronavirus at 427, while infections were 20,626.

Asia is the worst hit continent with 20 571 cases of CoronaVirus. Of the reported infections China accounts for 99.1%. Europe has already recorded 28 cases of infections while North America has 15 active cases of the virus while Australia has recorded 12 cases.

Over the period under review, the Ebola virus was the second costliest epidemic. The virus which hit most parts of Africa led to a loss of $53 billion. Between 2000-2020, about 11,323 deaths and 28,646 infections as a result of Ebola were recorded.

The devastating Ebola epidemic of the last two decades occurred between 2014 and 2016, with Guinea, Liberia, and Sierra Leone becoming the worst-hit countries.

Swine flu has emerged as the third costliest epidemic. The zoonotic disease affected an unknown number of people over the last 20 years. The recorded number of deaths was 18,138, the highest figure for casualties during the period under review.

The worst pandemic of Swine flu occurred between 2009 and 2010 where almost all regions of the globe were impacted.

Bird flu which harbors some similarities to Swine flu also caused global panic with a considerable impact on economies. In the period under review, the deadly flu accounted for 407 deaths globally while 701 people were infected. The flu resulted in a loss of $40 billion. The flu’s major outbreak was in 2006 where cases were reported in at least 35 countries. In the wake of the Coronavirus, China reported the first case of bird flu on February 2 in a region bordering the Hubei province, the most affected region by Coronavirus.

Severe acute respiratory syndrome (SARS) led to a loss of about $40 billion during diverse years between 2000-2020. The figure represents 0.5% of the GDP. The respiratory disease notable outbreak was between 2003 and 2002 in the Southern region of China. The virus resulted in 774 deaths across 17 countries with China accounting for most cases. The infected individuals stood at 8,098.

Lastly, the Middle East Respiratory Syndrome (MERS) accounted for a loss of $10 billion. The epidemic has affected 2000 people leading to 720 deaths.

The need to contain epidemics on time

From the sampled epidemics, it is clear that economic implications are severe hence the need for establishing a global mechanism to swiftly handle such outbreaks. All epidemics have led to shutdowns of airlines, sea routes and borders by some countries as a result of panic.

Additionally, consumer goods tend to be more expensive in the course of epidemics. Such implications greatly hamper countries’ economic growth.

Summary
Article Name
A Report says Corona Virus Becomes World’s Costliest Epidemic at over $62bn
Description
According to data collected by Learnbonds.com the CoronaVirus, which has mostly hit China, is projected to cost the country about 2% of the GDP in the first quarter of 2020. This is equivalent to $62 billion.
Publisher Name
TPT News Agencis 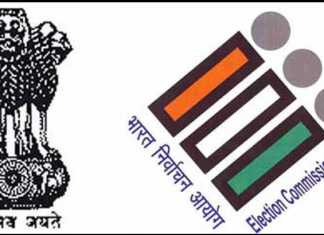 Save India from the Menace of Dynasty Politics

Guest Column - June 10, 2018 0
There has always been a debate about dynastic politics in India which is weakening our country. The real problem is that we can’t legally...

Banking Sector in Surreal after one more Scam 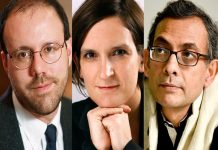 The Nobel prize in Economics, 2019

Denmark will work with Bangladesh on different issues