These days the news of rape is annoying us. Every now and then, we are hearing rapes, mostly gang-rapes happening here and there as if it was very normal. We are turning into a rape culture of a sort in which rape is no more a deviant act to be repulsed by everybody alike. Lately, a new tendency of politicizing it has become the order of the day so much so that we are comparing rapes in number during this government viz-a-viz previous. It is about the mere quantity, not about the sheer inhumanity of the act.

Moreover, the worst sort of politicization happens when it is given a religious angle -how many Hindu girls are being raped by Muslim accused or how many Muslim girls are being raped by Hindu accused. Take the inhuman acts of Asifa rape case of Kashmir(a Muslim girl gang-raped by Hindu accused) and Dhing rape case(a Hindu child raped by Muslim accused). In both cases, there was a tendency of polarization by some vested interest.

The state of Assam was free from such atrocities against women, for the most part, earlier, but nowadays, the state is gradually becoming infamous for such heinous crime. Just a few years back, a rape case would have claimed headlines on the newspapers of the state. No more are those days. Now, almost like the national newspapers, news of a brutal rape would only find a mention in some second or third page. This means that we are getting used to a culture of in which rape is as normal as theft or burglary. I am more appalled at the vicious design of certain irresponsible media houses in victim-shaming than responsible reporting. Similarly, an unfortunate politicization has not left a heinous crime like rape out of its purview.

A few days back, I went to Golakganj Circle of Dhubri District for a certain work and I found, to my utter shock that, a group of people comprising leaders of several organizations like Vishwa Hindu Parishad, Bajrang Dal, Hanuman Sena etc . complaining the Circle Officer about a rape that happened nearby. Apparently, there was a communal tone in their voice just because the girl happened to be Hindu while the accused Muslim. I was shocked because had it been a few years back, they would have never thought of coloring it with religious color. Maybe, this is a spillover effect of North Indian tendency communalization of rape which has charged the atmosphere.

While the vested groups have their own interest and justification, is this all fair to communalize rape? My answer is ‘No.’ Because it diverts our attention from the real issue. The individual act of rape gets mired in the gamut of communal frenzy. This would aggravate the atmosphere. Perhaps, someday a girl would become vulnerable only because of her religion and the Rapist would be defended on the same line.

Is this a crime to be seen through the lens of religion or politics? As a civil society, we must ask this question. Politicians should also comment responsibly. As a citizenry,  we are becoming numb but our conscience is shaken to the core. We are deeply pained. A rape is a heinous crime against humanity and strictest punishment should be given without politicization. 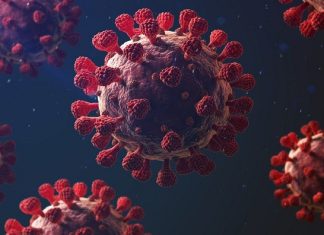 TPT Bureau - November 30, 2021 0
The continual waning of Covid-19 cases following the monstrous killer second wave in India springs up hope that the country is inching towards normalcy.... 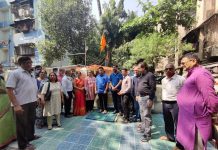 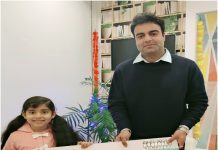 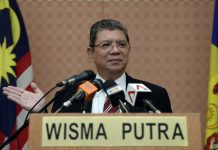 In solidarity with Palestine, Malaysia not to host any event involving...

Cipla acknowledged at UN General Assembly, as the leading partner in...