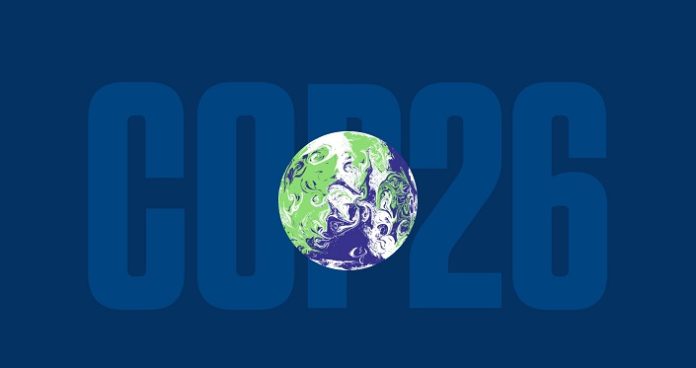 Environmentalists are asking world leaders attending the COP26 United Nations climate meeting to focus not just on eliminating fossil fuels, but also on establishing aggressive targets to stop deforestation – and expanding money and laws to promote forest conservation. More than 100 global leaders have confirmed their attendance at the United Nations’ COP26 climate meeting in Glasgow next month.

One of the conference’s main goals is to divert financial resources away from polluting fossil fuels, particularly coal, which are responsible for the majority of climate-warming emissions. However, environmental organizations claim that many countries are overlooking the value of carbon-storing forests in reducing global warming, particularly in their climate financing, and that progress on converting economies to become deforestation-free is slow. Around 195 countries committed in 2015 to keep global average temperatures “far below” 2 degrees Celsius this century, ideally 1.5 degrees Celsius above preindustrial levels.

Also Read: COP26 should focus on climate finance in scope, scale and speed and transfer of green technologies at low cost says India at UN

“COP26 provides a great opportunity to establish forests at their rightful place, high on the climate agenda,” said Frances Seymour, a distinguished senior fellow at the World Resources Institute, a U.S.-based think-tank.

“We need to start thinking about tropical deforestation the way we think about coal: we have to phase it out as quickly as possible, otherwise the goals of the Paris Agreement will remain out of reach,” she told the Thomson Reuters Foundation. Cutting down forests has major implications for global goals to curb climate change, as trees absorb about a third of carbon emissions produced worldwide, which they release if they rot or are burned.

Forests also provide food and livelihoods, assist to clean the air and water, promote human health, are an important animal habitat, aid tropical rains, and give flood protection. According to the monitoring organization, Global Forest Watch, tropical forest losses throughout the world will equal the area of the Netherlands by 2020. According to Toerris Jaeger, secretary-general of the Oslo-based Rainforest Foundation Norway, roughly a third of the world’s original rainforest has already been fully destroyed, with another third in a damaged state (RFN). All emissions reduction scenarios that limit warming to 1.5C “depend on urgently ending and reversing this destruction of the rainforest”, he added.

”We need to limit deforestation if we want to solve climate change,” Marks added. “Unfortunately, in comparison to decreasing fossil fuel emissions, forests are not receiving the attention they deserve in the run-up to COP26.”That has to change,” he continued, referring to the almost 1 billion people who rely on forests for their survival.

He also mentioned that forests have a greater potential to reduce carbon emissions than other alternatives since conserving them prevents their carbon stocks from being released, while regenerated forests collect carbon from the air as they develop. Stopping deforestation, coupled with other measures to conserve natural systems like mangroves and wetlands, may move the world closer to limiting global warming to 2 degrees Celsius, he added.

He further noted that it is cost-effective since it does not require expensive or untested technologies such as carbon capture and storage to reduce emissions from industrial operations. In Indonesia, which has the world’s third-largest tropical forest, conservationists are employing low-cost acoustic sensors to detect chainsaws and ex-loggers are being taught to battle forest fires, among other things. Forest conservation receives less than 3% of funds for carbon reduction initiatives, according to Marks.

“COP26 thus provides a critical chance for governments to do more on forests right away,” he added.

Governments and companies have demonstrated increasing interest in offering financial support to safeguard the environment and forests in the run-up to COP26, and green groups expect this trend to continue. Last month, private donors made a record $5 billion promise to help protect the planet’s plants, animals, and ecosystems. But without placing the rights of indigenous peoples and local communities at the core of the response to tropical deforestation and allocating direct funding to their efforts, the forests will not be saved, said RFN’s Jaeger.

One indigenous group in Brazil, for example, helped safeguard the Amazon last year by negotiating with illegal gold miners to halt operations and remove their equipment. According to experts, indigenous and local populations own, administer, utilize, or occupy roughly 35 percent of protected natural areas across the world, yet they are rarely included in the design of conservation and climate programs.

According to Immaculata Casimero, co-founder of the WapichanWiizi Women’s Movement, a local advocacy organization, the inhabitants of Guyana’s South Rupununi area are already facing severe climate change consequences, such as flooding and heatwaves. Given their good contribution to reducing global warming, governments should provide legal titles to indigenous peoples for their lands and territories, she added.

“Instead of paying states, we need to see direct payments to communities that are genuinely safeguarding the woods,” Casimero continued.

Forests are being cleared for plantations, ranches, farms, and mines, according to conservationists, who blame the production of commodities like palm oil and minerals for most of the devastation. Consumer and environmental pressure have forced big brands that cultivate, sell, or acquire commodities to promise to halt deforestation during the last decade.

Many have pledged to exclusively buy sustainable goods and have partnered with environmental organizations to eliminate deforestation from supply chains, including by investing in technology that tracks what is occurring on the ground.

“More has to be done to address the drivers of deforestation, such as commercial agriculture development, such as palm oil, soy, cattle, and tree plantations,” according to Marks of Dublin City University. Governments should do more to rein in and push these sectors, as well as the banks that fund them.”

Summary
Article Name
Beyond coal: The COP26 climate summit aims to put an end to deforestation
Description
One of the conference's main goals is to divert financial resources away from polluting fossil fuels, particularly coal, which are responsible for the majority of climate-warming emissions. However, environmental organizations claim that many countries are overlooking the value of carbon-storing forests in reducing global warming, particularly in their climate financing, and that progress on converting economies to become deforestation-free is slow.
Author
TPT News Bureau
Publisher Name
THE POLICY TIMES
Publisher Logo 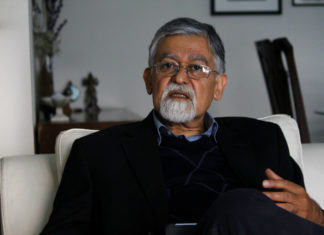 TPT Bureau - August 11, 2017 0
Dr Arvind Virmani is President of the Forum for Strategic Initiative (www.FSIdelhi.org) and of Chintan (www.chintanlive.org). He served as a member of the Technical Advisory...

No discussion on Kashmir between PM Modi and Trump, Defense Minister... 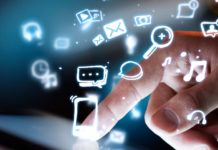 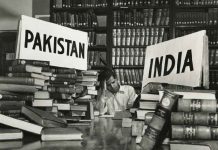 Terming situation “Bizarre”, Pakistan reaches out to India yet again

Government policy on Switching To Solar Power Is Great, But Are...

Flash droughts: How will they affect India?