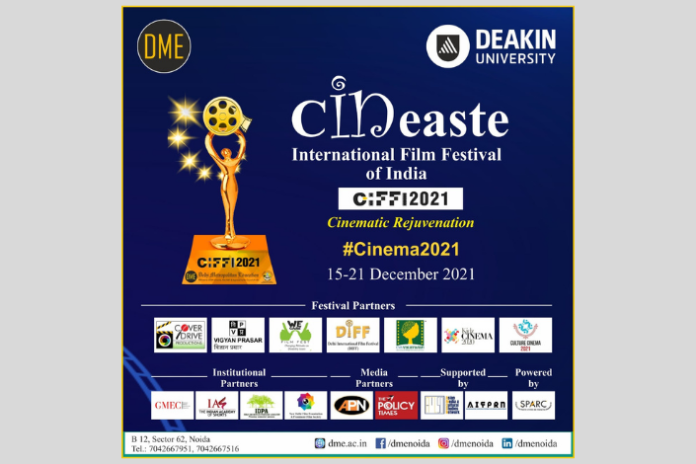 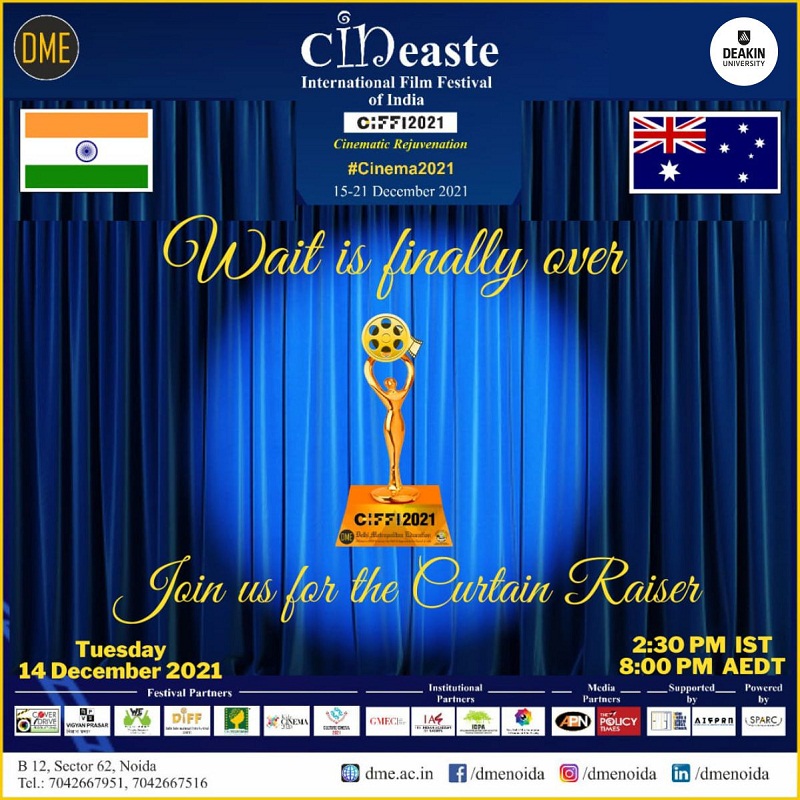 Noida: The third edition of Cineaste International Film Festival of India – CIFFI 2021 is all set to entertain cinephiles and screen 438films selected from 3130 films submitted by filmmakers of 111 countries. The seven-day gala event which is the world’s first Hybrid International Film Festival by educational institutions of two countries is being organized by DME Media School of Delhi Metropolitan Education, Noida, India in association with the School of Communications and Creative Arts, Deakin University, Australia, on December 15-21.

As many as 3130 film entries with a runtime of 748 hours were received from across the world in more than 40 different languages. These were previewed and judged in a two-fold screening process. In the first stage, 438 films with a runtime of 45 hours were selected for screening during the festival. In the second stage, a 4-member jury panel selected the award-winning films.

This time the festival will be larger than ever with such a huge number of films and participation of all the continents of the globe. These films are placed under seven competitive categories – Short films, Fiction films, Documentary, Ad films, Musicals, Animation films and COVID-19 lockdown diaries

In addition to film screening, CIFFI 2021 will have 21 sessions wherein more than 70 experts from the cinema world will deliberate on various aspects of cinema keeping in view the theme of the festival Cinematic Rejuvenation. All these sessions will be live-streamed on social media while the screening of films will be live streamed on another platform.

Dr Ambrish Saxena, Festival Director, CIFFI 2021 and Dean DME Media School, Noida, expressed the hope that “this year the festival will provide a broader canvass with inclusion of films from every nook and corner of the world”.

Dr Susmita Bala, Festival Chief Associate Director, CIFFI 2021 and Head, DME Media School, mentioned about the active involvement of students in this film festival stating “students have been involved in shortlisting, screening, documenting and will shoulder the responsibility of the conduct of different sessions during the festival”.

Summary
Article Name
Cineaste International Film Festival – CIFFI 2021 set to launch on December 15 with screening of 438 films from 111 countries
Description
As many as 3130 film entries with a runtime of 748 hours were received from across the world in more than 40 different languages. These were previewed and judged in a two-fold screening process.
Author
TPT News Bureau
Publisher Name
THE POLICY TIMES
Publisher Logo 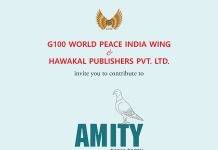 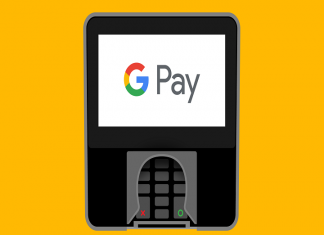 Google Pay aims at smaller audience to expand in India

TPT Bureau | Agencies - March 18, 2019 0
Google Pay is one of those applications which have grown rapidly in India. It is one of those services the American giant offers in... 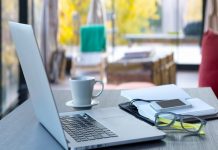 Work from Home Scenario has taken a Major Toll on the... 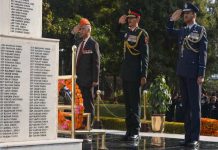 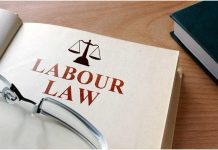 Day-5 of CIFFI2020 witnesses interaction with jury members and tributes to...

Welcome to our upcoming event “Love Vs Equality”