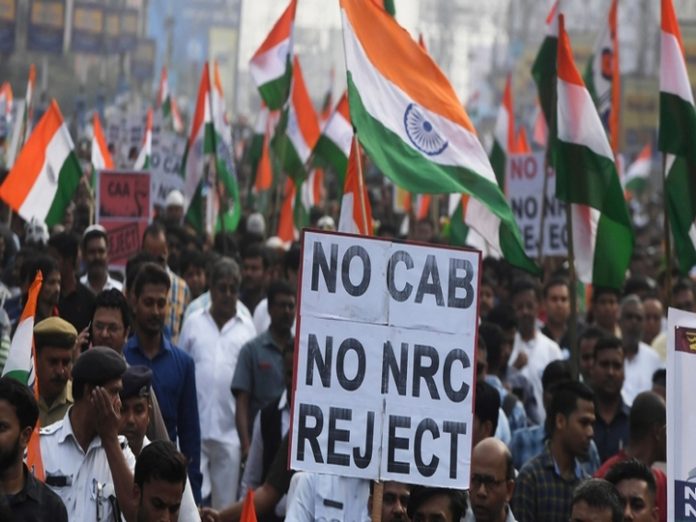 For more than a quarter-century after the Kargil War, India steadfastly progressed in all fields to become a major economic and defence power, a leading educational destination and an international political force to reckon with. It has evolved into a leader in South Asia and the second-most important nation politically and the third-largest economy in Asia.

But a spate of recent developments has equated and hyphenated India and Pakistan in the global mind-space. From the controversial Balakot strike, on which world opinion was unanimous that India had gained nothing, to the abrogation of Article 370 and the detention of prominent leaders in Kashmir and denying its ordinary people of normalcy, to the Citizenship Amendment Act, which comes with the added twist of an all-India National Register of Citizens, India has positioned itself as a petty regional power at war with itself and its neighbours. India’s closest neighbour, Bangladesh, is also on the back foot now.

China did not ban Internet services in Hong Kong despite crippling unrest and all-out civil disobedience that lasted over weeks, while India has deprived Kashmiris of internet connections for more than four months. For many weeks, Kashmiris were deprived even of basic telecommunication services. And now, the same has been done for the entire North-east, and elsewhere, after just a day or two of protest.

Uncertainty and brazenness are the new normal in India. There is no justification for detaining 82-year-old Farooq Abdullah, Kashmir’s three-time chief minister and currently a Member of Parliament, who has carried the Indian flag through thick and thin, even during the heyday of militancy in his state. Yet, for more than four months now, with a three-month extension recently granted under the Public Safety Act, he remains under literal arrest. It is another matter that Abdullah himself was once a votary of this much-abused law. Besides, the parents of scores of Kashmiri teenagers are not even sure where they are and if they are alive.

They say the global economy is moving towards VUCA: a volatile, uncertain, complex and ambiguous world. Nothing else explains the Indian polity better today. Overnight, on 8 November 2016, India declared 86% of its currency was no longer valid. In the name of One Nation-One Tax, a five-layered Goods and Services Tax was brought in, which has gone through eleven rounds of revisions in less than two years, each taking India farther from a unified tax rate.

The nation has officially slipped into one of its lowest ever economic growth rates, of 4.5% GDP. Critics of the government, outside and within the ruling party (politician Subramanian Swamy), say that the real growth rate is even lower than 2%, while in June this year, former chief economic adviser Arvind Subramanian had calculated a lower growth rate for the entire 2011 to 2016 period. All core sectors are at their worst phase of decline since 2000. Joblessness has never been worse in the last 45 years and public consumption is the lowest it has ever been in the last decade, so says the government statistical body, NSSO.

Merely mouthing “global recession” cannot justify any more the Indian economic slowdown since India is faring far worse than Bangladesh, which has grown at over 8%, Sri Lanka higher than 7%, China, Nepal, Bhutan and Maldives above 6%, and even Pakistan and Afghanistan at more than 5%. Outside the world of WhatsApp campaigns, which make for a heady concoction of white lies, lies and mixed truths, India is standing on a weak wicket, perhaps at its weakest ever in the last three decades.

But then, politics is a game of perception. And the masters of the art of narratives have always played on public fears to create the perception that they are the saviours. The Indian government is walking down those very steps. Today, 79.8% of the population is being told to be scared of 14.2% of the citizenry and all mechanisms to spread hatred towards this “Other” are being formally and informally propagated. The hard-earned amity and harmony of earlier years are being squandered away with the use of the amended Citizenship Act (CAA), the NRC, Article 370 and by vitiating the public discourse through an online army of trolls.

A nation with flailing economy, abject poverty and blood-stained fault-lines, which is of the size and population lesser than some Indian states, namely Pakistan, is being put forth by the government and the compromised mainstream media as the biggest challenge for world’s most populous democracy, one of the top five world economies—India. What an irony!

The promised national NRC and the freshly-minted CAA are together a potent weapon to isolate and demonise Indian Muslims. The NRC, as seen in Assam, calls for detailed paperwork to prove citizenship of every Indian for two to three earlier generations, which, coupled with immense procedural lapses and corruption in the process, will lead to many Indians failing to prove their descent in India and thereby will stand to lose their citizenship.

In a nation where for half the population the main concern is two square meals, and where one-fourth of the population lives in constant fear of flood, famine, storms and migration, maintaining papers that date back 50 or 70 years is to hold high expectations.

Then, from among those who fail to prove their citizenship, Muslims will be singled out, because the new citizenship law allows only non-Muslims to appeal for citizenship, ostensibly on the ground of persecution in the three neighbouring nations (Pakistan, Afghanistan and Bangladesh). This is in total contravention of articles 14, 16 and 25 of the Indian Constitution. Such an appeal will depend on just a hundred rupees affidavit—it is a complete recipe for brutalisation, communication and degeneration of society. One cannot live in peace by isolating and demonising 16% of your population, which happens to be the second-highest Muslim population in any nation.

View More: ‘NRC’ crisis in Assam And The dubious attitude of the dock…

Further, even as the impact of these changes is yet to unfold, already we know of the kind of the panic such laws and rules create: the painful five-year case study of Assam is before all of us. The fear and unrest itself are good enough to wreck India’s fragile social harmony like never before. But it will lead to the ruling party’s much wonted social polarisation, which always ends up going in its favour. This is the elephant in the room which no one talks about, but which all are aware of.

The possible conclusions are as follows: anger in the North-east towards refugees and immigrants would worsen and could even turn into a basically anti-Bengali and anti-Muslim frenzy. Second, more fundamentalist elements within the Muslim community would emerge across India and become ‘leading lights’ of the community. And there would be a gradual decline in liberal Muslim voices. The dis-empowered communities would suffer from loss of avenues of employment and create a long term negative economic impact.

View More: Over one lakh people excluded from the draft National Register of Citizens…

From a wise leader of the non-aligned world and a seat of peace and learning, India would become an international pariah, the opposite of itself. Already, the United Nations’ spokesperson, the UN High Commission on Refugees and the Commonwealth Commission on Human Rights have deplored the new citizenship law of India and more than 32 leading media and other global voices have denounced the curtailment of freedom of the Kashmiri people for months together.

The only right political outcomes that should evolve now are: Muslim elders should avoid community-centric aggression and combine forces with the Dalits and secular voices in other communities and lead a joint movement against CAA-NRC, and the Opposition forces (Congress, regional and the Left) should end the era of usual political competition and recognise that this extraordinary situation needs all political forces to unite against one-party dominance. The Left front and Congress-led front joint protest in Kerala against CAA, the Trinamool-Congress party joint protests in Kolkata, the Sena-NCP-Congress joint rule in Maharashtra are some initial signs of the coming together of the Opposition.

There is a need for civil society activism to preserve the syncretic polity of India and its Constitution. Signs of this are also on the rise, especially with a civil society protest slotted for 19 December all across India. That day, which is marked as Shahadat Diwas, when Ashfaqullah, Ramprasad Bismil, and Sardar Roshan Singh, born Muslim, Hindu and Sikh, were all hanged to death by the British colonial government.

Every story, artwork, poem, literary work, piece of music or dance or play and film marking our shared religious histories, our syncretic idea of India, needs to be told and retold, enacted and exhibited across India in these times. This is not about Muslims, but India as we know it against an unknown India which plans to be a majoritarian, dictatorial state within and an international pariah shunned from the world stage.

There can be a new VUCA too and India needs one: the vision for a shared future, understanding of the other and diversity, collaboration with diverse groups, and agility to progress economically, technologically, ecologically, educationally and in healthcare.

Summary
Article Name
Citizenship Law, NRC: Where Can India Go From Here?
Description
The government of India is going ahead with its legislation of the Citizenship (Amendment) Bill and it has been passed in the Lok Sabha already. This was a part of the manifesto of BJP in the last 2019 general elections. 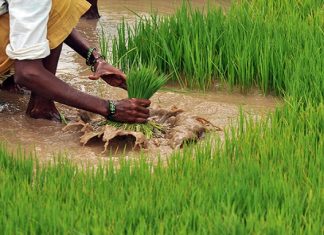 TPT Bureau | Agencies - August 5, 2020 0
The nation is well on the path of recovery from a trough April 2020, as agriculture sector may provide a cushion for the worst-hit...

Has India Achieved the Aspirations of Its Constitution? 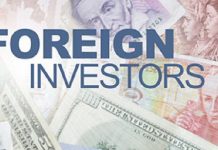 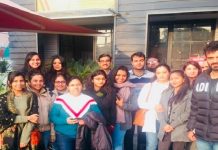 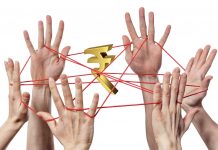 Indore is the cleanest city in India, followed by Surat and...