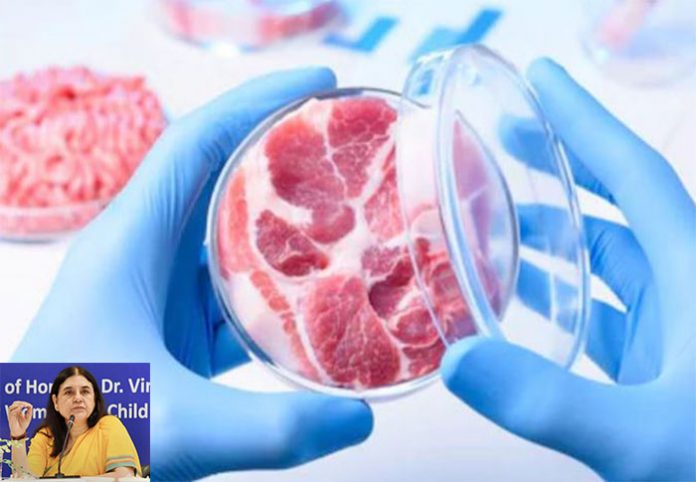 Maneka Gandhi, the Union Minister for Women and Child Development, has said that the next big thing in disruptive innovation is “clean meat”, which is the meat grown in labs from stem cells of animals, named also as lab meat of in vitro meat. This comes out of cultured tissue, with a handful of starter cells from the biopsy of a living livestock, in controlled lab situations. Gandhi also added that a private survey showed that 66 percent of meat consumers are willing to accept meat grown in a lab. The minister termed it as Ahimsa (Non-violent) meat. Maneka Gandhi also claimed that several of the top IT firms are investing in research on clean meat technology. The minister further said that 46 percent of consumers are open to the idea of buying clean meat on a daily basis. She also claimed that the report findings mention that 53 percent of people who eat meat are willing to replace it with clean meat. She emphasized ushering in a “second disruption” so as to replace animal meat with clean meat.

Clean meat is an alternative term that is preferred by some journalists, advocates, and organizations that support the technology. According to the Good Food Institute, the name better reflects the production and benefits of the meat.

Laboratory-grown ‘clean meat’ may become available in India by 2025, allowing consumers to enjoy animal products without supporting inhumane and unsustainable industrial animal agriculture. Bacteria contamination in cultured meat is almost non-existent, though can be low on nutrition and the long run impact is still unknown. Animal welfare organization Humane Society International (HSI) India and the Centre for Cellular and Molecular Biology (CCMB) in Hyderabad have joined hands to develop laboratory-grown meat in India. The partnership looks to promote the technology to develop clean meat while bringing start-ups and regulators together under the same roof.

Internationally, clean meat is predicted to hit the market by the end of 2018. In India, we expect it to be available by 2025. That’s what HSI believes. The effort to develop clean meat has emerged due to the unsustainable methods of large-scale industrial animal agriculture. Josh Tetrick, the CEO of Just, expects it by end 2018 in the European market, while Memphis Meats, founded by Silicon Valley-based NRI Cardiologist, Dr. Uma Valeti, expects it by 2021. However, Memphis pegs it at $1300 for half a kilo of cultured meatballs, and Mosa Meats of Netherlands puts it at $2000 for half a kilo of cultured ready to eat meat, making this unviable commercially for a long time ahead.

The Social-Political Context of Cultured Meat:

What the Indian minister, Maneka Gandhi, also curiously noted is that the spate of lynching can be stopped if lab meat is encouraged as the spate of killing cattle would go down drastically in future. The livestock quality may develop. Further, it is environmentally clean, low on methane consumption, can reduce global warming leading to the current spate of floods and melting of glaciers, etc.

However, many of these claims are far-fetched in the context of a product which can be available close to a decade later in the market-place. The social, political and ecological concerns are off today and need to be tackled by the government of the day and people in our times.

The science for cultured meat is an outgrowth of the field of biotechnology known as tissue engineering. There are several obstacles to overcome if it has any chance of succeeding; at the moment, the most notable ones are scale and cost. Although it is not very difficult to make stem cells divide, for meat production it is necessary that they divide at a quick pace, producing the solid meat. Proliferating cells need a food source to grow and develop. The growth medium should be a well-balanced mixture of ingredients and growth factors. The growth medium should be inexpensive to produce. A plant-based medium may be less expensive than fetal bovine serum. The growth medium should be devoid of animal sources (except for the initial “mining” of the original stem cells). The plant-based growth media may cause allergic reactions in some consumers. Nutrients and oxygen need to be delivered close to each growing cell, on the scale of millimeters. In animals, this job is handled by blood vessels. A bioreactor should emulate this function in an efficient manner, which is not easy. The usual approach is to create a sponge-like matrix in which the cells can grow and perfuse it with the growth medium.

Till these challenges are met satisfactorily, livestock consumption for food will continue in India and the world, and that calls for a better cattle health laws and practices, indeed.

Cattle Health in India Versus the West:

Rough estimates of cattle in India put it around 30 million (cows, oxen, and buffaloes). The average productive age of cattle, when they can give milk, have progenies or work hard in the fields, is around 4 years at the most, while many cows and oxen can live up to the maximum of 16 years, thereby making them unproductive for a dozen later years of their lives. This is the time they are in a bad shape, with no one to take care, farmers selling them off cheaply or leaving them to graze in open spaces and jungles, they feeding on plastic and garbage, suffering from bovine tuberculosis and other diseases. In fact, the health of cattle in India, land of the highest number of cattle livestock, is said to be the poorest in the world.

The standard of most goshalas (cattle shelters) is of poor standards, and most cattle there are old and sick, and often clandestinely butchered for meat. A movement of Dalit cattle-farmers of Gujarat raised the slogan recently, ‘Give pastures, not plastic to cattle’, and presented 182 large bottles of plastics procured from the carcasses of cattle to 182 MLAs of Gujarat on Buddha Purnima day, in the aftermath of violence of upper caste youths over 4 Dalit youths in Una of Gujarat on the ground that they were skinning cattle carcasses, which they anyway have been doing for generations. Nathubhai Parmar, a Dalit youth of Surendranagar, has even put up a statue of a fetid cow with its stomach cut and showing actual plastics coming out, as a tribute to his father who spent his life in cattle care.

It is in sharp contrast to say the Netherlands, where the 4 million cattle have the best and planned life, known for milk products and meat both. Specialist cattle farms are reared for meat, like fattening bulls, suckler cows. Dutch beef is known to be most reliable due to its controlled and production process, along with tracking of meat source to retail seller. Around 1.5 million are milch cows kept in the best of conditions.

Cattle health is of high quality in Australia, New Zealand, Finland, and the Scandinavian countries as well, which are known for milk products and meat, next to the Netherlands, while India is the highest exporter of beef products though not necessarily with high standards.

Why is Cattle Culling Required?

Cattle culling is an international practice necessary for healthy cattle breed, and to protect aging cattle from disease, lack of food and care, draught, and suffering. This is world-over and the developed nations with best cattle-care and health have proper culling strategy, looking at under-performing cattle, old cattle, open and non-pregnant cows, ornery or crazy cattle etc for culling. Internationally, around 10% of cattle are culled, which is scientifically planned to butcher with minimum suffering, along with sound waste management.

As for methane emissions leading to global warming, the older cattle exist in the eco-system more is the emission of methane. Around 15% of global warming is surely due to emissions from livestock, especially the aging and diseased ones.

What are the Urgent Needs in India on Cattle Health?

First, let us understand that the right to food is a personal right of a citizen and vigilante groups or the State have nothing to do or intervene in it. Having said that, there must be the ban on slaughtering calves, milch cows and buffaloes and young oxen for obvious economic and social reasons.

The real challenge is in the case of above 4 years old cattle which is largely unproductive. Needless to say better veterinary care and well-functioning goshalas where the cattle are given medical care and healthy fodder is the second most important need to protect cattle health in India.

A rigorous ban on plastic products with some specifications is needed not just for the cattle but for the overall environment in the country. Pastures, not plastic has to be a movement of sorts. We speak a lot about love for cattle but have not taken steps to develop cattle health and fodder, which in turn strengthens cattle economics.

Scientific culling of unproductive cattle in notified slaughterhouse following government approved norms is the next thing needed. Private slaughtering and unplanned waste management are to be totally prohibited.

And, surely commercially and ecologically viable clean meat research and production need to be paced up as well for the future. 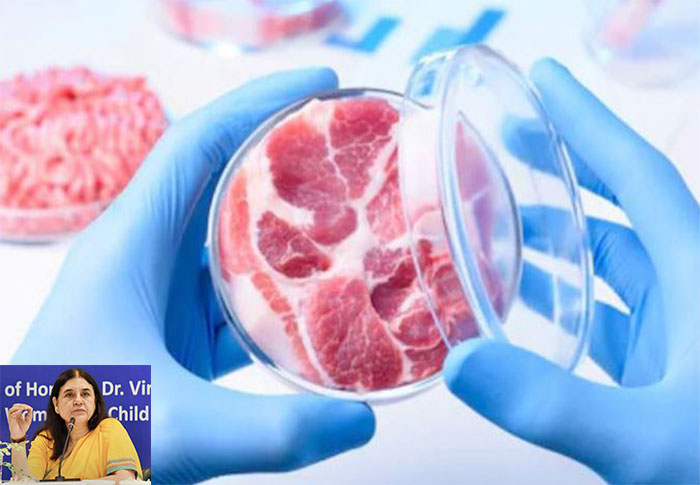 Article Name
Clean 'Ahimsa' Meat & the Crises of Cattle in India
Description
Maneka Gandhi, the Union Minister for Women and Child Development, has said that the next big thing in disruptive innovation is "clean meat", which is the meat grown in labs from stem cells of animals, named also as lab meat of in vitro meat.
Author
Prof. Ujjwal Chowdhury (UjjwalkChowdhury)
Publisher Name
The Policy Times
Publisher Logo 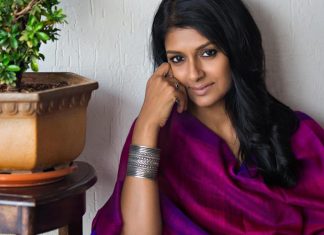 TPT Bureau | Agencies - November 23, 2018 0
Das started her career as an actor with films like "1947 Earth", "Fire" and "Hazaar Chaurasi Ki Maa". She made her directorial debut with critically-acclaimed feature "Firaaq". 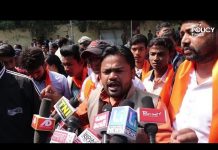 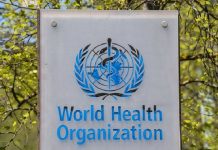 The US Says WHO Hiding Info about Coronavirus Probe in China... 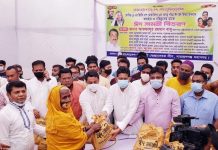 No relation with ongoing conflict, DFCCIL decides to terminate Rs 471...