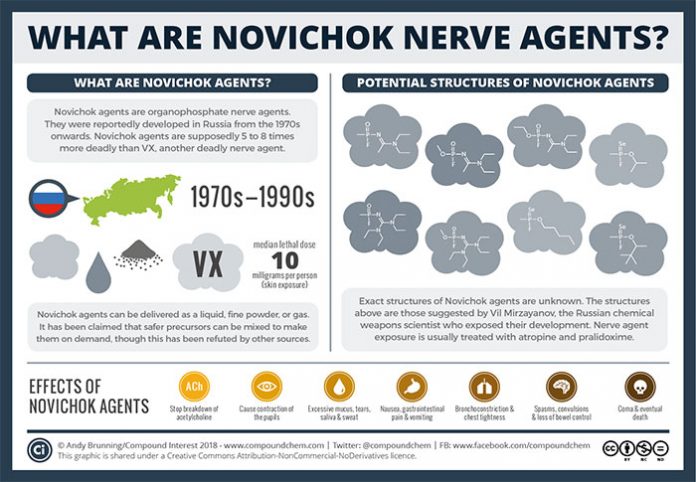 The world is shocked as to how Novichok, a ‘supposedly’ banned deadly nerve agent ever to be made by the Soviets in the 1970s and 1980s is being used to kill people in present times. This once again has come to the forefront after the death of Dawn Sturgess on Sunday in a hospital in Wiltshire, UK. She was exposed to the nerve agent Novichok after handling a contaminated item. Her husband, also exposed, remains in a critical condition and reports say his chances of survival are close to nil.

Experts say Novichok agents are dispersed as an ultra-fine powder. It can be inhaled, ingested or absorbed through the skin. The exposed person experiences an involuntary contraction of all muscles. And this leads to cardiac arrest and asphyxiation. Novichok is lethal and deadly to humans. This incident comes four months after former Russian double-agent Sergei Skripal and his daughter Yulia were found unconscious in Salisbury, England in the month of March. They had been on a German mission. Novichok had been identified. Both had been hospitalized in critical condition – unconscious, seizing, vomiting and loss of control of bodily functions.

Detectives from the Counter Terrorism Policing Network are now treating the case as murder. British Prime Minister Theresa May expressed shock and accused Russia of foul play. According to a report by the Independent, the attacks have been attributed to Russia because of its history of state-sponsored assassinations aboard, the Soviet development of Novichok and the Kremlin’s refusal to explain how it might have lost control of the nerve agent.

Earlier, Russia’s United Nations Ambassador Vassily Nebenzia has denied Russia’s involvement in any of the poisoning cases. He has called the allegations a ‘fake story’. In a show of support for the UK, over 20 countries expelled Russian diplomats. The UK, US, France, and Germany have been very vocal taking further diplomatic action.

International reports have described the Novichok attack as a full-blown international incident. Nerve agent Novichok was used by the Soviets during the Cold War. Research shows that it was developed as a way of getting around the Chemical Weapons Convention.

According to information provided by former Soviet scientists, Novichok is believed to be eight to ten times more powerful than sarin gas. Russian President Vladimir Putin has time and again said that Russia holds no chemical weapons stockpiles. The Novichok agents were destroyed by the US in the 1990s during the Nunn-Lugar Cooperative Threat Reduction Program. The mystery remains. 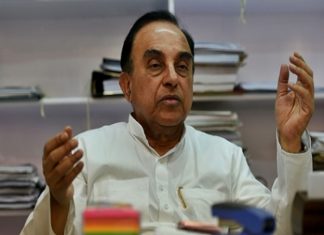 India’s GDP growth for next fiscal will rise to 7 percent...

TPT Bureau | Agencies - July 24, 2020 0
The Indian economy has continuously declined in the last four to five years and the current situation of the Covid-19 pandemic will contribute to... 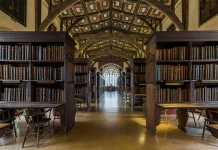 Libraries – The Lost Buildings of Literature and Knowledge 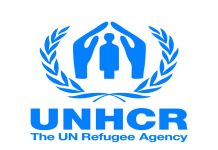 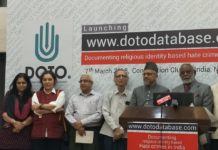 State Minister invites US investment in Bangladesh in meeting with US...

“War has ended”; Taliban to form a government soon & stable...