Since coming to power in 2014, the Bharatiya Janata Party (BJP) has halted the printing of the Collected Works of Babasaheb Ambedkar in English. However, the Prime Minister Narendra Modi has hailed the iconic leader in his election campaigns and accused the opposition of neglecting the Dalits.

Government officials have blamed a copyright case lodged by Ambedkar’s grandson Prakash Ambedkar, former MP and President of Bharipa Bahujan Mahasangh, against the Maharashtra government which had been the first to publish many of the iconic leader’s works.

Dr. Ambedkar was a critic of Hindu practices and the graded inequality perpetuated by the scriptures through the caste system. And this was in clash with other ideologies, namely the ruling party’s.

BJP, supported by the Rashtriya Swayamsevak Sangh (RSS), being a right wing Populist Party has been pushing the Ambedkar’s ideology further and further away as it brings ‘Hindutva-nationalism’ to the fore with the backing of upper-caste Hindus and industrialists.

Ambedkar stood for the empowerment of Dalits and the BJP propagandists are citing the current President Ramnath Kovind as the biggest proof of the BJP’s commitment to the Dalit cause. The Communist Party of India (CPI) in a feature, ‘Reading Ambedkar after three Years of Modi Raj’ stated that Ambedkar’s last act of protest was his decision to ‘embrace Buddhism’ and even this is being sought to be used in the Sangh Parivar’s campaign of religious reconversion.

CPI feature wrote “Buddhism for the Sangh is only an extension of Hinduism and getting Muslims and Christians to convert to Buddhism therefor is becoming the preferred plan B or second option for the ‘ghar wapsi’ strategists”.

The feature didn’t shy away to stress that Ambedkar offers one of the ‘most powerful critiques’ of the Sangh-BJP scheme of things and who actually warned against the calamity that we are currently experiencing.

“The de-ideologisation of Ambedkar, this reduction or reconstruction of Ambedkar as just an icon of identity politics stripped of his radical vision has made him vulnerable to mischievous Sanghi attempts at appropriation”, said CPI feature.

It is imperative for every defender of democracy to uphold and unleash the radical spirit and vision of Ambedkar regarding caste, nation, constitution and democracy while exposing and challenging the dictatorial design of the current dispensation.

Ambedkar had said, “Whether you are educated or uneducated, whichever caste you may belong to, you have equal rights.” But the BJP and RSS oppose equality. The ruling party is only using Ambedkar for ‘mere politics’.

Prakash Ambedkar said the BJP never accepted Ambedkar ideologically. In 2016, he had said “celebrating his day by saying we have bought the building in London and are making monuments at various places is nothing but a show. This is not what Ambedkar stood for. He was against the Hindu ways of worship and the RSS and the BJP are now introducing that as a way to worship Ambedkar.”

Meanwhile, the CPI in its feature said BJP was making every attempt to woo Dalits and pit them against the Muslims. It said “This combination of oppression of Dalits and the attempt to append the Dalit identity to the aggressive agenda of Hindutva marks a new challenging juncture for Dalit politics in India.”

Moreover, the mainstream Dalit politics in post-colonial India which had grown accustomed to banking on reservation as the main instrument of advancement was hardly prepared for this juncture. The call for annihilation of caste distinguishes Ambedkar from every other social reformer or social commentator in India.

Summary
Article Name
In ideological assault, Modi govt stopped printing collected works of Ambedkar
Description
The call for annihilation of caste distinguishes Ambedkar from every other social reformer or social commentator in India. Ambedkar was a critic of Hindu practices and the graded inequality perpetuated by the scriptures through the caste system.
Author
TPT Bureau | Agencies
Publisher Name
The Policy Times 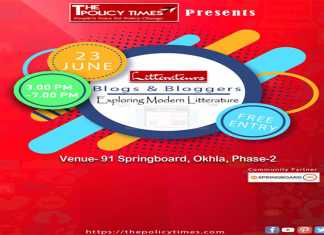 TPT Bureau - June 4, 2018 0
Acclaimed Russian novelist Boris Pasternak once said, “Literature is the art of discovering something extraordinary about ordinary people, and saying with ordinary words something... 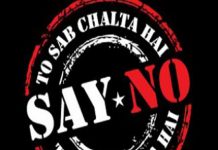 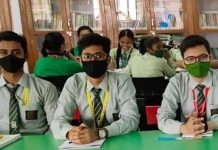 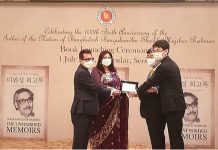 Book Launching Ceremony of Korean Translation of “The Unfinished Memoirs” by...

Retail Inflation falls to 5.3% in August

Over 50 children electrocuted by high tension wire at school campus...