India jumped from the 46th place entering the list of top 40 countries in the Global Innovation Index (GII) for the first time. The achievement was announced by Union Commerce Minister Piyush Goyal on September 29th while delivering a virtual message to mark the World Intellectual Property Organization’s launch of the Global Innovation Index 2022. (WIPO). The appreciation is attributed to the increase in Information and communication technologies service exports, the minister asserted.

Improving ranking by two positions in GII 2021, India was placed at the 46th position in 2021 from 48th in 2020. Measured on the innovation capabilities of countries, the GII is consists of 80 indicators. It identifies and recognizes innovative economies by ranking the innovation performances of 132 economies. Criteria’s that measure innovation include institutions, human capital and research, infrastructure, credit, investment, linkages, creation, absorption and diffusion of knowledge, and creative outputs, among others.

Also Read: India moves up ranks 2 to 46th in the Global Innovation Index 2021

According to the minister, GII has established itself as a tool for governments all over the world to reflect on policies and their impact.

“GII has over the years recognised India`s continuous rise due to the progressive measures taken by the government and industry working hand in hand,” he added.

Dating to 2015, the GII ranking for India stood at 81. It recorded a big jump four years later standing at 52nd position. As per reports by the GII, India in 2021 acquired the second position in the lower middle-income group after it trailed at the 3rd and 4th place in the previous years.

The GII has considered India as the pioneer in evolution of sophisticated services with technological dynamism fit for global recognition. Along with this, India tops the charts in Venture capital recipients’ value, Domestic industry diversification , Graduates in science and engineering, Labor productivity growth, and Finance for startups and scaleups. 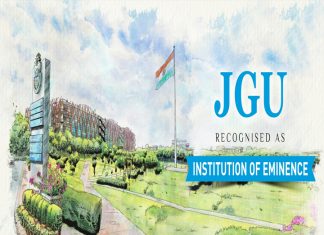 JGU to launch many new courses from 2020

TPT Bureau - October 15, 2019 0
The Government of India has recognized JGU as an "Institution of Eminence". JGU is an initiative of the Jindal Steel & Power Foundation. 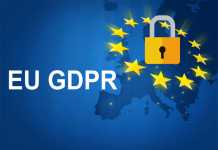 Should the World Learn or Worried about Europe’s Data Privacy Laws? 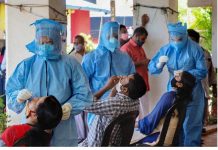 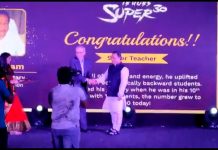