Prime Minister Narendra Modi while delivering his speech from the ramparts of Red Fort on August 15th promised panchayat and city council elections in the strife-torn state soon and hence started the turmoil getting even murkier. The last municipal polls were conducted 13 years back in 2005 while panchayat elections took place in 2011. With intelligence reports suggesting large-scale violence during the polls, the issue of Article 35 (A) tends to again question the validity of holding elections in the valley as both the main political parties have threatened to boycott the polls. The ground reality concerns the whole world as Kashmir is a territory around which three nuclear-armed states converge.

After National Conference which even threatened to boycott 2019’s Lok Sabha elections, PDP has also stated it won’t contest elections unless the Centre clears its position on Article 35 (A) and tunes it towards Kashmiri demands. Getting Kashmiris to vote has been both a challenge and advantage for India in Kashmir. During Manmohan Singh regime, the valley saw its highest turnout, indicating India’s acceptability in Kashmir. Calls of a boycott by separatists were rejected giving a big breather to New Delhi.

The BJP led Central government needs to understand that minus the involvement of political parties in Kashmir, the military remains its only identity which would never help in bringing the Kashmiris to the national mainstream. Many have questioned the Centre on holding elections in this volatile security situation in the valley.

According to various reports, statistics and testimonials by commentators, researchers and men in uniform, the insurgency were slowly dying till Burhan Wani happened. The confidence on Delhi faded away and with Article 35 (A), it is shrinking further. Interlocutor Dineshwar Sharma’s efforts haven’t yielded any success as of yet.  In April 2017, the by-election for Srinagar which was on by NC patron Farooq Abdullah witnessed a humiliating 7% turnout. The Anantnag by-election had to be cancelled a day before the voting.

“Kashmiris have large houses with gardens and if this clause is removed, everyone will try to buy land especially the large builders so there will be hardly any land left for the poor natives. Also, it will make Kashmir very congested and polluted apart from soaring land prices,” says Faizan Patton, a Kashmiri youth residing in Delhi.

“Centre’s ambiguous silence on its stand on article 35 (A) is undoing all its outreach activities in winning our confidence. It is rather alienating the valley from rest of India as this special right is in heart of our spirit,” says a Kashmiri techie who didn’t wish to be named.

As the state observed the death anniversary of Sher-i-Kashmir Sheikh Abdullah, his slogan, “Ka Kya Irshad, Hindu-Muslim-Sikh Ittihad’ (What is the direction of Sher-i-Kashmir? – It is the unity between Hindu, Muslim and Sikh),” should be remembered. To move towards amity, the Centre must amend its Kashmir policy and take the people into confidence. Political parties too can play a role, therefore in this situation, military muscle flexing may cause more damage than healing.

Article Name
Is India’s political engagement failing disastrously in Kashmir?
Description
As the state observed the death anniversary of Sher-i-Kashmir Sheikh Abdullah, his slogan, “Ka Kya Irshad, Hindu-Muslim-Sikh Ittihad’ (What is the direction of Sher-i-Kashmir? – It is the unity between Hindu, Muslim and Sikh),” should be remembered. To move towards amity, the Centre must amend its Kashmir policy and take the people into confidence.
Author
debdeepmukherjee (debdeepmukherjee)
Publisher Name
The Policy Times
Publisher Logo 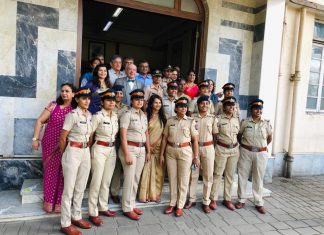 TPT Bureau | Agencies - March 12, 2020 0
Over 70,000 women police and CRPF across India were screened as part of the nationwide cervical and breast cancer screening organised by The Federation... 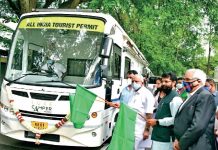 Mahatma Gandhi, A Lifestyle: Is It Possible To Be A Mahatma...