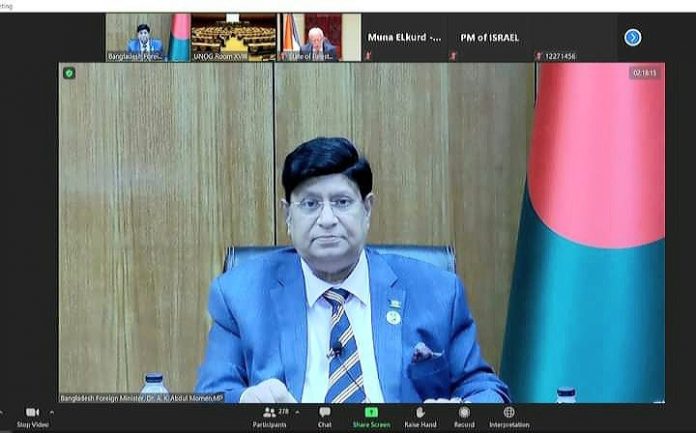 The Policy Times Dhaka Bureau (27 May) :
The Human Rights Council must take decisive action towards ensuring accountability and justice for all violations of international law in the Occupied Palestinian Territory stressed Bangladesh Foreign Minister Dr. A K Abdul Momen. He was addressing a Special Session of the Human Rights Council on Palestine issue held today.

Expressing strong condemnation for the illegal and belligerent actions by Israel, the Foreign Minister said that Israel must end its continued illegal occupation, unlawful settlement activities, and annexation. He regretted that impunity and the subdued response of the international community only emboldened the occupying forces. The recent ceasefire must not be an excuse for us to cast off the weight of responsibility from our shoulders, he continued. 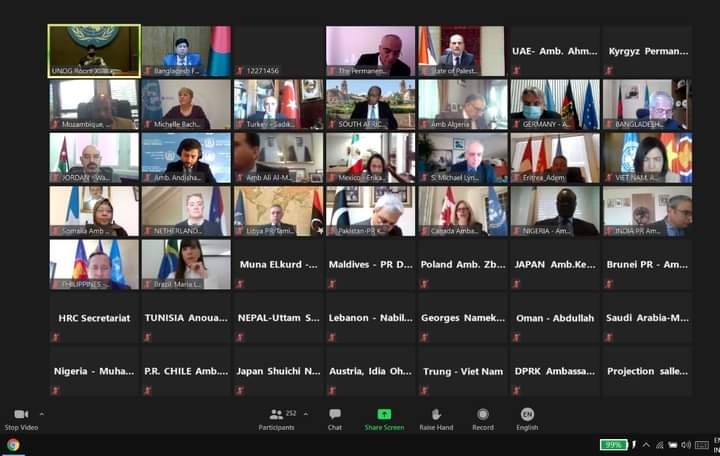 Highlighting the importance of accountability and justice, Dr. Momen recommended ICC’s role as well as the council’s action including through a Commission of Inquiry. He also urged the international community to render humanitarian assistance to the Palestinians.

The Foreign Minister emphasized a UN system-wide coordinated approach and meaningful action by the UN Security Council for a permanent solution to the crisis.

Dr. Momen participated in the Special Session of the HRC on the Human Rights Situation in the Occupied Palestinian Territory convened this afternoon (BD time). Foreign Ministers of Palestine, Foreign Ministers of Turkey, Namibia, Pakistan, Libya, Tunisia, Kuwait, Syria, Qatar, Egypt, Malaysia were among other Ministers who attended the event. 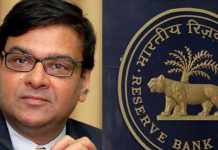 Rahul Gandhi to RBI: ‘Stand up’ to Modi, ‘Protect the Nation’ 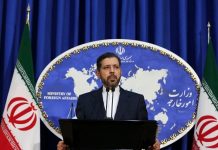 Iran slams Pakistan for interference in Panjshir, demands for a probe 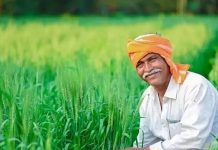 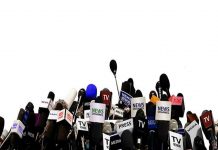