Karl Marx was a German, who had many different talents and skills. A well-known philosopher, economist, historian, political theorist, sociologist, journalist and even a revolutionary socialist.

An influential person till today, whose thinking matches the modern day thinking. Every theory about labor and capital he put up, has built a solid foundation for the future economic theories. Modern social science is thanks to Karl Max.

The father of communism was the main reason for communist leaders such as Vladimir Lenin and Joseph Stalin. It formed a sect called Marxism named after him. A revolutionary thinker, who understood how the game of the rich and poor was played.

A leader in revolutionary thinking in economic terms, with such definitions of Labour theory of value gaining a lot of attraction from the world.  The theory suggests that if goods and services tend to be sold at their true objective labor values as measured in labor hours, how do capitalists enjoy profit? It is by means of underpaying or making the worker work overtime to gain benefits from it. Therefore exploitation of labor to drive down the cost of production was witnessed.

Das Capital another book written by Marx was a life changing book about capitalism. The theories of commodities, labor markets, the division of labor and the understanding of return to owners of capital were all put forward thanks to this book.

“The philosophers have only interpreted the world, in various ways. The point, however, is to change it.
(These words are also inscribed upon his grave)” ― Karl Marx, Eleven Theses on Feuerbach

Why BJP sidelined its senior leaders? 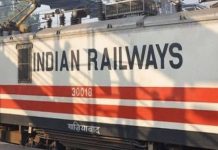 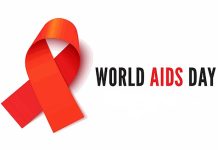 HIV-related stigma and prejudice persist in the workforce, as per a...

Incoming US envoy: Boost the Indian capacity to protect its borders