This is the season (August – November) for the fields in Pampore, a town in Kashmir to blossom with purple flowers. These are very special and delicate flowers. When handled very carefully with the right skill and stripped down, you will get saffron, the world’s most expensive spice. Sadly, this year, the saffron harvesting season is dull. There is no enthusiasm. No cheer on the face of the saffron growers. The Policy Times tries to find out the reasons behind Kashmir’s saffron struggle.

Abdul Majeed, the J&K Saffron Growers Association President said the weather was one of the main reasons. “There has been no rain for six months. When rain fell, it was either untimely or too late for our crops.” He said the prolonged dry spell had taken its toll on saffron.

“The farmers have been working hard and doing all they could. The National Saffron Mission was a good start and we are happy that the government extended it for two more years, but there are other things which need to be looked into,” said Mr. Majeed.

The National Saffron Mission (NSM) was launched in 2010 by the then Central Government. The government website states, “the 371.18 crore rupees NSM Programme with 286.06 crore rupees as the Central Government’s share and 85.12 crore rupees as farmers’ share will be extended in four years to revive saffron production in Jammu and Kashmir.” The NSM covers drip irrigation, research, mechanization, processing, and marketing support. The Mission was brought about to boost saffron production, enhance the quality and develop an appropriate system for organized marketing.

Besides, a ‘Quality Control Lab’ at Pampore, worth Rs8.90 crore was to be set up. Under the Mission, 253 tube wells were to be set up in the state (128 tube wells in Pulwama and 106 in Budgam districts), with each tube well having the potential to irrigate 30 hectares. The saffron growers also benefited from the 3,700 sprinkler sets with 50 percent subsidy.

Iran Has Taken Over the Saffron Market

Kashmir saffron businessman, Zahoor Ahmed Basu said Iran was presently leading the saffron market. “Iran is sending cheaper saffron than Kashmir. Due to the problems faced by the saffron growers in Kashmir, the export market had declined.” The Iranian English Newspaper, ‘Financial Tribune’ highlighted the booming saffron industry. “About 236 tons of saffron worth more than $325 million were exported from Iran during the last fiscal year (March 2017-18), indicating a 55 percent and 56 percent growth in weight and value respectively compared with the year before.” The report further states that Iran produces more than 300 tons of saffron annually. This accounts for over 90 percent of the global output.

If the respective central and state governments of India, put in more funds, efforts, technology, and manpower into the saffron industry, it can surely overtake Iran.

Mr. Zahoor said Kashmir’s declining saffron market was not a good sign at all. “This is leaving a negative impact on the growers. The number of saffron growers is declining. People are showing less interest. Moreover, the land on which saffron should be grown is now being used to build houses. This will become another issue.”

Kashmir is a state of conflict and this has undoubtedly affected the industries. But, conflict aside, saffron is a billion dollar industry. It can take boost Kashmir’s and India’s economy to greater heights. It can generate income for thousands of people. The saffron industry has a lot of potentials and the demand for this particular spice is high throughout the year. Saffron has a global reach. India should cash into this industry before its too late.

Article Name
Kashmir’s Saffron Industry Struggles to Stay in the Market
Description
Saffron is a billion dollar industry. It can take boost Kashmir’s and India’s economy to greater heights. Saffron has a global reach. India should cash into this industry before its too late.
Author
Nandika Chand (nandikachand)
Publisher Name
The Policy Times
Publisher Logo

Sayan Ghosh - March 27, 2018 0
Infrastructure is a key area that can make a critical difference between success and failure of Indian economy. Therefore, the government policy on the... 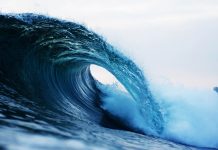 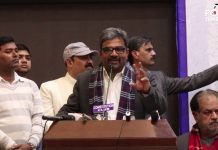 Budget 2021 Gets Mixed Reactions from Different Eminent Personalities; Leaves the...