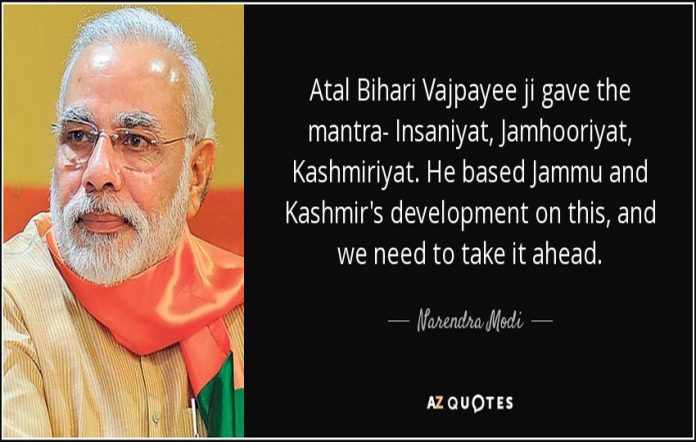 The Modi government is working for an ‘all-round’ development for Jammu and Kashmir (J&K), says Union Home Minister Amit Shah. In the Rajya Sabha, Shah appealed to the conflict-riddled valley youths to not be ‘misled’ by those asking them to hurl stones. He said the people of Kashmir should not be scared nor influenced by ‘wrong propaganda’.

“There is no need for fear in anyone’s mind. It is the government’s responsibility to protect their life and property,” Shah said. However, over the years, neither the central government nor the state government have not compensated the families in Kashmir for the destruction of their property by the Indian Army. The people see this as a ‘form of punishment’.

In April 2018, the Army with its anti-militancy operations destroyed three houses, and a godown. It was either burnt down or blasted with explosives. According to Scroll, people across Kashmir say government forces are destroying civilian property with increasing frequency. A report, citing official data by India Spend, highlighted that in South Kashmir’s Pulwama district, anput 105 homes were destroyed during gunfights between 2015 and March 2018. “Eyewitness accounts and videos shared on social media show the India Army setting houses on fire shortly after tracking down militants. However, security officials refute this claim saying an announcement is made after a house where militants are hiding is besieged, giving them a chance to surrender,” said the Scroll.

Plebiscite Not An Option

Shah ruled out plebiscite saying ‘it is out of the question today’. He asked the Rajya Sabha why India’s first prime minister Jawaharlal Nehru had gone to the United Nations and promised plebiscite even after the princely state had signed the instrument of accession. Taking a firm stand, Shah said separatist movement and terrorism will not be tolerated in J&K. He asserted that India wants peace but ‘not with those’ who do not respect its borders. 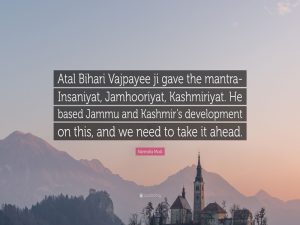 “We want development in Kashmir. But we will not tolerate any separatist movement and terrorism. Terrorists who do not want to join with India have no place in the government’s scheme of things. They will face severe action and difficulties,” Shah said. “The Modi government’s policy is to protect Kashmiri traditions.”

Invoking the former prime minister, the late Atal Bihari Vajpayee’s principle of ‘Kashmiriyat, Jamhooriyat, Insaniyat’, Shah said they are committed to an all-round development in the State.

He also announced that the President’s Rule in J&K has been extended to six more months and state elections would be held when the Election Commission deemed it fit. Shah also called for a ‘fresh perspective’ on the Kashmir issue. “We have continued with a single approach towards the Kashmir issue but if the problem persists even after 70-years, it becomes imperative for us to review and adopt a new approach,” he explained.

Summary
Article Name
Modi government working for ‘all-round’ development for J&K
Description
Shah said separatist movement and terrorism will not be tolerated in J&K. He asserted that India wants peace but ‘not with those’ who do not respect its borders.
Author
TPT Bureau | Agencies
Publisher Name
The Policy Times 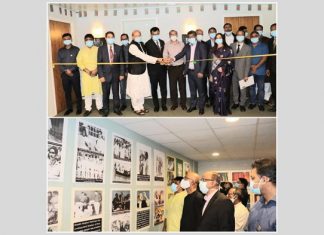 On the occasion of Bangabandhu’s birth centenary and Mujib’syear, Bangladesh Embassy...

TPT Bureau - August 2, 2021 0
The Policy Times Dhaka Bureau (02 august) : On Sunday (1st August) the occasion of the birth centenary and Mujib Year of Father of the...

‘WHY DOES MAN RAPE’ by Jasbir Singh has been Acquired by... 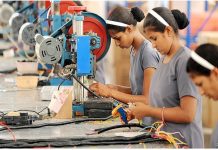 Govt’s Policies Proved Unfavourable for Women Workers even During Pandemic 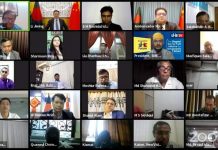 Huge potential for Bangladeshi products in Chinese market – Experts at... 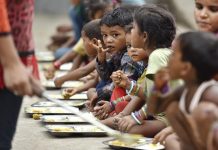 Comprehensive Analysis of the Condition of Malnutrition in India

Ambiguity of GST is the Biggest Hurdle to Growth in Short...