Despite the mass murder and atrocities going on in Myanmar, Narendra Modi scheduled his trip to that country, which no forced him to do. In his 48 hours stay in Myanmar, all he said about Rohingya community is that terrorism emanating from them is unacceptable!

Prime Minister Modi addressing a press conference with Aung San Suu Kyi, said, “We totally understand the challenges that you are tackling in Myanmar. We share your worries about extremist violence and killings of innocent people in Rakhine. We hope that all stakeholders will together work towards the unity, peace and democracy of Myanmar. Your (Aung San Suu Kyi) courageous leadership to the Myanmar peace process needs to be lauded”.

Both Narendra Modi and Aung San Suu Kyi can think about Ronhingya community nothing but a terror organization. It was made plain fully simple by Suu Kyi, when she replied Modi, “Would like to thank India for taking a strong stand on the terror threat that Myanmar faced recently. Together we will ensure that terror is not allowed to take roots in our country, on our soil or in neighboring countries”.

There is global condemnation over the treatment of Myanmar’s military to its Rohingya Muslims, although Suu Kyi denied the happening by saying that there is “a huge iceberg of misinformation”.

It will be unfair to blame Suu Kyi wholly.  It is an open secret that real power in the Myanmar government is in hands of all powerful military that dictates term to Suu Kyi. Therefore, if Suu Kyi wants to hold on to the little authority given to her and not being in house arrested again, she cannot utter a word against the military. It would require enormous courage and sacrifice to despise or criticize the military and not face the consequence. Very few people possess that courage, and Suu Kyi is not one of them.

Narendra Modi on the other hand has no interest on the plight of the Muslims. If he does not care about the Muslims of India, how on the earth can one expect his sympathy for the Rohingyas. He went to Myanmar to offset the Chinese influence on this strategically located country. So all Modi did is to praise the Mynamar government and settling for shibboleths and soda water in plush auditoriums. Interestingly, his great pal, Donald Trump, who is generally vocal on any terror act perpetrated by the Islamic groups, is also silent on this genocide. 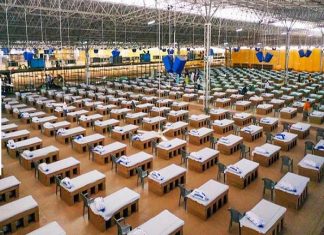 Samshék partners with Nair Ventures for expansion in India, US and...

Importance of Studying Nursing & Midwifery in India: A Guide Ahead 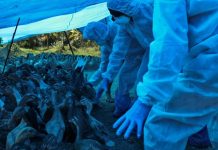 US is the Corona Epicentre Now: What Went Wrong? Answers Danial... 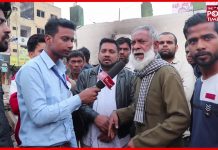 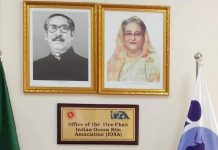 Singapore in the New Race of Building Floating Solar Farms amid...

“Will Do Whatever it Takes to Overcome the Pandemic”- G20 Leaders...