Pataka Group, one of the leading industries of India in Healthcare and Education was awarded on 14th Feb 2018 at World Health and Wellness Congress at Taj Lands End, Mumbai. Mr. Mustak Hossain (MD, GD Hospital and Diabetes Institute) was awarded two awards – 100 most Impactful Healthcare Leaders and Best Public Initiative of 2017 – GD Hospital and Diabetes for Haato Bangla Haato. Ms. Musrefa Hossain, Chief Executive Officer (CEO) of GD Hospital & Diabetes Institute and daughter of Mr. Mustak Hossain collected the awards who was awarded “the Best Healthcare Entrepreneur of the Year.”

Announcing this delightful moment, The CEO Ms. Musrefa Hossain shared her feelings on her Facebook Account, she said, “Nothing beats seeing your years of hard work and toil coming to fruition. What a day it’s been!!!”

Post-Independent India, there were so many issues in front of us to tackle to take our country forward. One of the main issues was to generate employment and to support our countrymen at rural and urban level. At this crucial point of time in India, one among many persons, Mr GiasUddin Biswas, from West Bengal took the responsibility for the economic upliftment of the country by founding of Pataka Industries in 1952. It was the beginning of new era in the area of economic upliftment of the country. It helps many Indians to find a job and to gradually help the country to take out from the droughts of job opportunities. This gave the country a new direction to set its track on job creation opportunities.

GD charitable society is set up in 1989 to help the growth of the Group in Philanthropic initiatives. It runs coaching institutes in Bengal where thousands of underprivileged kids from minority Muslim community receives high-quality educations free or at very nominal rates. It has funded and donated to many educational institutions which today produces best Doctors, Engineers and other Professionals.

East End Silks (P) Ltd. founded in 1993 which marks the beginning of the Group to diversify its growth strategy. Now, The Pataka Group has the business in many sectors such as Tobacco, Beverages, Food, Textiles, Healthcare and Infra Corp. It has now its branches in many states of India and export businesses to many countries.

Apart from these, The Pataka Group has been involved in many social activities like donations for poor students in education. Many charitable trusts run on its donations. The current CEO of the GD Hospital & Diabetes Institute Ms Musrefa Hossain has a great vision for the country. 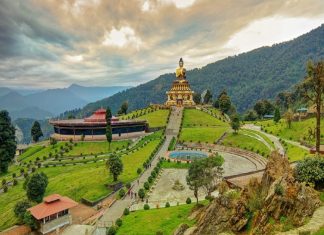 TPT Bureau | Agencies - May 16, 2020 0
While the entire world is striving to defeat the fatal coronavirus, Sikkim seems to be the only state have already won the battle by...

66% of Indian businesses are looking for different skills

Muslims Must Invest in Creating Visionary Leaders from Youth 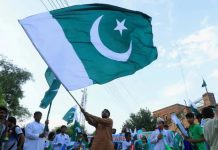 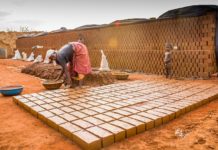 Why is Rape not Declared a National Crisis in India?