In 1969, when humans took their first step on the moon, a young India also dreamt of reaching the skies. With a vision to leave a mark in space, India formed its own space agency, ISRO. Five decades and counting, ISRO’s achievements have been exemplary.

From sending a probe to Mars in a single attempt to finding water on the moon, the Indian space sector has proved its potential. But is the country doing enough to harness this potential? Data suggests that India holds only a 2% share of the global space market, which is worth $440 billion. Clearly, these numbers do not do justice to a country that has sent a record 104 satellites into orbit in a single launch.

To better monetise the space sector in India, the GOI will soon roll out a National Space Policy. The new policy will allow private players to build satellite launch vehicles and help bring FDI into the sector. The plan is to move from demonstrating to operationalising ISRO’s capabilities.

In the last couple of years, the government has taken multiple steps to welcome private entities in the space sector. The government has launched organisations like IN-SPACE and ISpO to take care of the needs of the private sector. The new National Space Policy will make it easier for private entities to coordinate with ISRO. Moreover, with the new space policy, the government aims to increase India’s global space market share from 2% to 10% in the near future. As PM Modi stated while the launch of ISpO, “it’s time for exponential innovation.”

Challenges Ahead And The Way Out

India has been pretty late in opening up its space sector. Nations like the US are way ahead in the game with well-settled companies like Lockheed Martin, Boeing, Space X, Blue Origin etc. Undoubtedly, it will not be easy for young Indian private companies to compete in the global space market.

After the LPG reforms of 1991, India saw a boom in its IT sector. Today, India is known as a software startup hub, but the country’s hardware industry was always vulnerable. India never tapped its full potential in chip and mobile manufacturing.

Privatisation of the space sector in the country will be just as revolutionary as the 1991 reforms were for the IT sector. Similar to IT, the country needs to ensure that it’s not left behind in manufacturing related to its space sector. Besides demonstrating newer and better technologies, India needs to present itself as a satellite manufacturing hub for the all-round development of its space sector. Inevitably, the private players will play a key role in it.

Summary
Article Name
National Space Policy: India's Attempt To Dominate Space
Description
India is all set to come up with a new National Space Policy that will enhance the role of private entities in the sector. Where does India stand in the global space market? And how important will the private sector be to help India become a major space power?
Author
TPT News Bureau
Publisher Name
THE POLICY TIMES
Publisher Logo

TPT Bureau | Agencies - August 14, 2019 0
The role of National Director is essentially advisory in nature, with specific day-to-day management functions and decision-making delegated to the President and the executive... 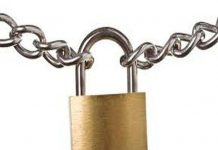 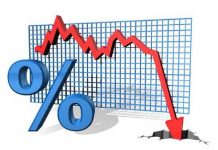 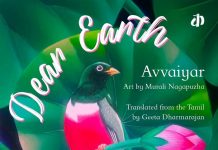 Launch of “Dear Earth”- Poem from the Pages of Tamil Literature

India and China Entered the Pangong Disengagement in a “Coordinated Manner”,...