After the jam-packed month of October, November started with the company OnePlus newly launched phone OnePlus 6T. As per the company’s statement, OnePlus 6T is an upgrade to its predecessor OnePlus 6. The company follows its 6 months launch cycle and provides its users with an upgrade regularly. This trend has root in the company with its 2016 launch of OnePlus 3T. The company launches the T version of its line-up when the technology in the market has upgraded at large and the current phone is lacking behind in the competition.

Company’s previously launched device OnePlus 6 survived just for 5 months. One of the reasons behind the early launch of the phone OnePlus 6T launch can be the company’s new ties with a U.S. carrier T-Mobile. With this partnership, the company will be able to retail its device in the U.S. market. This will affect the company’s sales graph on a major scale.

Talking about the new launch OnePlus 6T, there are not many changes in comparison to its predecessor. With this launch OnePlus have chopped-off the 3.5mm jack and have replaced it with a Reversible Type-C port which will be used for both charging and headphone.

The shape and design of the phone remain unchanged and is still a piece of art. A noteworthy change in the device is the elimination of the fingerprint sensor on the back. Now the phone features the most trending in-display fingerprint unlock. This feature has been enabled by most of the companies new launching. OnePlus also got rid of the conventional 3.5mm jack and has given a USB Type-C dongle in the box for connecting wired headphones. This step has been taken by the company to increase the screen size and make the phone slimmer.

The display is larger than OnePlus6 measuring to a humungous 6.41inches compared to 6.2inches. It has Gorilla Glass 6 protection and the notch on the display has become smaller with the new tear-drop design. The bezels have also reduced and the bottom chin has gotten slimmer producing a bigger screen size. The latest AMOLED screen has been installed in the device for better viewing and battery backup. The downside of the new notch is that now the phone doesn’t have any LED- notification which was a trademark feature of the company. The screen to body ratio is approx. 91.5% with 402 ppi giving a better viewing experience.

The camera in the device is the same as its predecessor OnePlus6 with same lens and sensors used. The primary lens is at 16-megapixel with f/1.7 aperture and the second lens is at 20-megapixel with f/1.7 aperture. Still, the secondary lens is used for only depth sensing and bokeh effect. 4K recording can be captured at 60fps and 30fps but will be limited to 5 to 10mins. The slow-motion recording will be at 480fps at 720p resolution which is very less as compared to the latest Mi Mix 3’s 960fps. The only change in camera is the new nightscape feature which is now being provided by other companies’ new devices. In this mode, the camera takes 10 frames in about 2 seconds, combine them to pick up details and reduce noise. This complete process takes a quite a while to render and complete the process which can create a hindrance while taking multiple shots.

There are no changes in the processing and software section as the phone is still powered by Qualcomm Snapdragon 845 chipset with Adreno 630 GPU. The performance of OnePlus 6T is slightly better than its previous launch. But with longer gaming sessions the phone tends to get warm. The new in-display sensor can be uncomfortable for users as it doesn’t work the same way as the popular rear-mounted one. But the face unlock does the job as it delivers the same performance.

OnePlus 6T comes with a larger battery with 3700mAh capacity compared to 3300mAh previously. The battery life on the phone is also pretty good as it will last a complete day with normal usage. With the increased battery size the phone is now heavier. The phone’s dash charging is still a cherry on the cake by the company. It charges the phone from 0% to 65% in just 40mins.

The phone comes in three variants 6GB/128GB, 8GB/128GB and 8GB/256GB. OnePlus doesn’t offer 64GB variant which can be a deal breaker for some users. The company has priced the phone quite generously and its base variant costs Rs 37,999.

There are some new features that have improved the overall performance of the device. It has an improved gaming mode which will give an uninterrupted gaming experience. Smart boost is also a new feature that will save the regularly used apps in RAM of the phones so that it loads quickly.

The new OnePlus 6T cannot be considered as a major upgrade. Even after the upgrade, the phone offers Mono-speaker which is a downer for music lovers and it also doesn’t have wireless charging. The screen is quite pleasing to the eyes. The device comes with Android Pie (9.0) out of the box. Comparing the phone with other companies’ prices like iPhone XR or Google Pixel 3 series, OnePlus 6T can be the best deal as it houses most of the latest features. 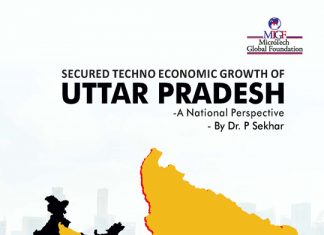 Guest Column - November 18, 2019 0
The Policy Times proudly presents the article on Unleashing UP Self Sustained growth strategy for A Trillion $ Economy through Secured Governance by Former Chief Secretary and Member of IIM L Mr.Alok Ranjan IAS (retd) and Global Smart City expert and Policy Enhancer Dr.P.Sekhar. This article gives full inroads in the present structure and strategy to achieve this growth through Secured Governance. Developments of Smart Cities and Hubs for various sectors to create proper valuation to have growth and good Happiness Index is the core of this with full details available in the book Secured Techno-Economic Growth of Uttar Pradesh - a National Perspective

Mayawati to media and BJP: Do not distort oral observation of... 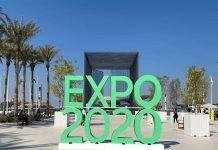 It’s Considered an Achievement If Author Gets an Agent to Represent,... 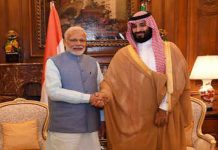 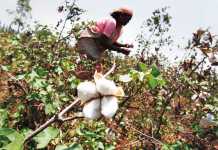 Enhanced Role for Startup, Entrepreneurs with IT Infrastructure for Secured National...