At the advent of 21st century, Baltistan continues to be a victim of Pakistan’s cultural and political abuse. Called the ‘last colony’ by many international political and cultural commentators, Pakistani authorities have retaliated by attempting to warp the history, demography, traditions, language, and indigenous script of Gilgit-Baltistan. The ethnocentric ruling elite of Pakistan reject cultural diversity, and deny the right of the Balti language and script to be taught in government schools, causing irreparable damage to this native language. By maintaining that Balti script is profane and un-Islamic, the Pakistani government insists on using the Urdu script for Balti, which is claimed as the language of Islam, and therefore compatible with Pakistani identity.

From time immemorial, the regions of Baltistan, Gilgit and Ladakh remained an area of contest between Mongol, Tibetan, British and Chinese powers, which engaged in infamous ‘Great Game’ to gain supremacy. Their armies clashed in these valleys, and over the mountain passes, on several occasions. On the other hand, these valleys and passes also provided passage to traders in the shape of Silk Routes, and facilitated the globalization of trade and commerce.

There are thousands of stone craving depicting Indian Gods and Buddha on the huge rocky mountains at these places which are being disfigured. It is high time that concrete steps are taken towards the preservation of thousands of rock carvings, petroglyphs, inscriptions and images in the Karakoram-Himalayan region to save them from being obliterated.

Not a lot has changed since then as Kashmir dispute continues to draw attention of modern global powers, while India and Pakistan struggle to gain and maintain hold on to these regions. Further, the ancient Silk Routes have transformed into the modern day Karakoram Highway which links South Asia with Central Asia and China. Based on its geo-strategic location, the titles of ‘Asia’s crown’s nest’, ‘fulcrum of Asia’, ‘cockpit of Asia’, and ‘crown of India’ are still true for this region. Strong political and cultural links with Ladakh and Tibet gave Baltistan the famous name of ‘Little Tibet’. The region embraced many ethnic groups, like the Tibetans, Mongols, Scythians, Mons and Dards, and its valleys became their social melting pot. According to Professor Lozang Jamspal of Ladakh, who teaches at Columbia University of New York and is an authority on Tibetan history, Language and Religion, history is silent about the exact date when hordes of Tibetan nomads, farmers, and invaders started colonizing Baltistan. However, it happened in different periods of history, and they settled in Ladakh and Baltistan on permanent basis. Their numbers must have been very large, to the extent that they successfully Tibetanized Mons, Scythians and other Indian races, which shared the land with these immigrant Tibetans. The fact that approximately 93 per cent of the population of Baltistan considers Balti, an off-shoot of Tibetan, as their mother tongue—although not all of them claim their ancestry as Tibetan—proves this fact.

Balti, similar to Ladakhi, is a West Tibetan archaic dialect, and is spoken in areas which previously constituted part of the Yarlung and Shang-shung Tibetan Kingdoms. Balti shares 90 per cent of its nouns, pronouns, verbs and other literary and grammatical characters with Ladakhi and other archaic Tibetan dialects. The exceptions are the Balti loan words which are adopted from Persian, Hindi and English. Further, the pronunciation of Balti words significantly resembles the way classical Tibetan is written. Indigenous poetry, proverbs, script, folklore, sagas, folk dances, songs, wedding rituals, festivals, sports, costumes, cuisine and cottage industries clearly demonstrate that Baltis and Ladakhis share the same heritage. They construct traditional flat-roofed buildings which slope inwards—in typical Tibetan style. Further, Baltis consider Swastika auspicious, which is also revered by Hindus, Buddhists and Bons, and carve on wooden planks of historical mosques and Khankah.  Their centuries old traditions, passed on from one generation to another, make their native culture unique in the conservative environment of modern day Pakistan.

The Citadel of Buddhism While the Tibetans gave their language and culture to Baltistan, it was Baltistan which gave the great religion of Buddhism to Tibet. Ancient Baltistan served as the hub for the dissemination of Buddhism from India into Central Asia, Tibet and China. It was the Mons who brought Buddhism to Baltistan, and established religious links with Buddhist schools in Kashmir and Turfan (Xinjiang). In Tibetan texts, Baltistan is also known for its greatest Buddhist priest, Sbal-te Dgra-bchom, who erected the famous Skyor-lung monastery (may be modern day Skor-yi-Lungpa, which is less than 35 kilometers from Skardo town) in the vicinity of Skar-mdo, Si-Dkar (modern day Shigar) and Ba-sho valleys in 1168 AD. Records also show that the great Buddhist monastery of Skar-chung Rdo-dbying (may be modern-day Skardo, the capital of Baltistan) was laid in Rgya (may be modern-day Rgya-yul of Skardo valley) which was then the capital of Ladakh. During the reign of the Rmakpon Dynasty, Buddhism was still practiced; however, Islam had started to make inroads, and arriving Kashmiri preachers, who introduced the Sufi-Nurbakhshia and Shia faiths, successfully converted the heir of Rmakpon Gyalpo Bugha and the majority of his subjects. By the seventeenth century, Baltistan was completely Islamized. Today, Shias and Nurbakhshis make up more than 93 per cent of the total population of Baltistan. The Sufi-Shia religion of Baltis makes Political Dynamics of Culture and Identity in Baltistan 63 the cultural identity of this region distinct, since the majority of the inhabitants of other Tibetan speaking areas follow Bonchos and Buddhism. Despite this change, Balti Muslims never stopped revering supernatural beings, such as Lha and Lhu, to seek good faith during rituals like Mephang, Srub-la, Brok-kher, Sonbor, Ong-chus, Mindok Ltadmo and Losar. Even today, many ancient supernatural belief systems, especially traditions connected with agricultural and hunting practices, are followed with subdued reverence. Ladakh Wazarat Although it is said that the change of religion of the Baltis distanced them from Ladakh, the political history of both areas remained inter-woven till the end of 1947. During that time, the Rmakpons of Skardo and the Rnamgyals of Leh took turns in ruling both the regions.

In 1840, when the Dogras conquered both regions concurrently, they established Ladakh Wazarat. Subsequently, the Dogras divided Ladakh into the Leh, Kargil and Skardo administrative units, and Skardo, the capital of Baltistan, was made the winter capital of Ladakh. Their union lasted for another 108 years, which enhanced the political and administrative bonding between people of similar ethnicity and culture.

The separation of Ladakh and Baltistan occurred in 1947, due to the tragic partition of the Indian sub-continent. Subsequent wars between India and Pakistan over Jammu and Kashmir led to the closure of the Line of Control (LoC) and the locals, under the pressure of Pakistani authorities, shunned connection with their brethren in Ladakh.

In 1974, the ‘Northern Areas’ was created to detach Baltistan and Gilgit from the rest of Jammu and Kashmir. This brought new complexities to the region’s political identity. Constitutionally, however, Gilgit-Baltistan is still a part of Jammu and Kashmir, and UN resolutions refer to Baltistan as Ladakh, or the Pakistani administered part of Ladakh. Baltistan suffered geographical, political, economic, religious and cultural loss due to the breakup of Ladakh, and these changes took place without the effort or the will of the significant majority of the local people.

When compared with Pakistani controlled Kashmir (AJK), the sense of alienation, deprivation and marginalization is still very strong in Baltistan. Nationalists assert that, due to its proximity to Central Asia and Tibet, Baltistan had been able to maintain special political and commercial leverage, which it lost after Pakistan closed the Kargil-Skardo, NubraKhapulo and Leh-Skardo roads. Further, the forceful separation of the Ladakh Wazarat has deprived Baltis of political autonomy, and an administrative province, which was granted by Dogra rulers, and is now denied by Pakistani Muslim occupiers. Soon after its creation, the ruling elite converted Pakistan into an oppressive security state, and used tenuous communal ideology to marginalize ethnic and religious minorities. As the country was created in the name of Islam, other parameters used for the definition of national identity—like language, culture and race—gave way to the sole factor of religion, which served as a national rallying cry, and a tool in the hands of the establishment to promote the jihadi expansionist agenda. Following social Darwinism, the rulers committed ethnocide, and the deliberate destruction of minority cultures while promoting social hegemony to colonize ethnic groups like Baltis. They exploited Gilgit-Baltistan for its natural resources and filled coffers in Islamabad. These inhumane policies have led them to be identified as theft in Baltistan, and to be seen as a permanent threat to its rich civilization.

At the advent of 21st century, Baltistan continues to be a victim of Pakistan’s cultural and political abuse. Called the ‘last colony’ by many international political and cultural commentators, Pakistani authorities have retaliated by attempting to warp the history, demography, traditions, language, and indigenous script of Gilgit-Baltistan. The ethnocentric ruling elite of Pakistan reject cultural diversity, and deny the right of the Balti language and script to be taught in government schools, causing irreparable damage to this native language. By maintaining that Balti script is profane and un-Islamic, the Pakistani government insists on using the Urdu script for Balti, which is claimed as the language of Islam, and therefore compatible with Pakistani identity. However, the Urdu script restricts the accurate pronunciation of many Balti words. A famous Balti writer, Hassan Lobsang, found the contents of his book illegible when written in Urdu script. Further, oral traditions and Balti folklore, including Ling Gesar, Api Tso, Rgyalbucho Lobzang and Rgyalbu Srasbu and many other cultural treasures, risk permanent loss in the absence of a proper script. If these are not documented in the original Balti script, they will be permanently erased from the minds of future generations.

Today, publications in Baltistan are undertaken in either Urdu or English, while religious services are performed in Persian. Developments such as these have opened the doors to a random adoption of foreign loan words to further adulterate Balti. In the absence of an appropriate script, Balti will face distortion, deterioration, and ultimate extinction if not preserved immediately. The disregard of the Balti national identity in Pakistan has meant that local cultural and religious beliefs are ignored when formulating school syllabi. As a result, local youth are unaware about their political and cultural legacy, which creates social disorientation, confusion, as well as Political Dynamics of Culture and Identity in Baltistan an inferiority complex. Today, many school children in Baltistan cannot even count numbers in their own language, and hardly know anything about their rich history. As a causal effect of anti-Balti policies, local youngsters have lost interest in traditional festivals like Mephang, Losar (New Year), Mindok Ltadmo and Srup La. As the Balti culture faces downfall, traditional dancers, singers, musicians, and story-tellers also see a decline in the demand for their services and, as a result, are losing their livelihoods.

Today, many among them are forced to find alternative sources of income, like daily-wage labor. In the same way, the indigenous cottage industry of handlooms, cap-making, and shoemaking is collapsing. Likewise, due to the lack of state patronage, the national sport of Baltistan, archery, is almost extinct. Traditional Balti doctors and surgeons called Amchi and Aba have lost their livelihoods as their services are not deemed important anymore. In the name of national conformity, authorities discourage the promotion of Balti costumes, architecture, cuisine, and wedding rituals, thereby causing a decline in the means of social bonding and identity. 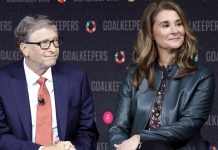 Increases in cases of domestic violence across the globe during lockdowns 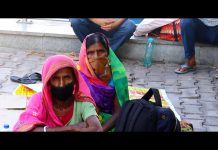