It is long accused by the Israeli media and their people that India treats their country like its mistress. India takes all benefits from Israel and Israel is only too happy to provide them, but their kindness and affection are not recognized by India in public. This is partly due to the resistance from the Middle Eastern countries, Iran in particular, and 15 percent Muslim population in India. Modi has the advantage of not been constrained by the internal pressures as Muslims are not their vote bank anyway. He has also been able to negotiate the external pressures and must have convinced Iran for the Israeli visit. Modi understands the intricacy involved in this visit. The manifesto of the visit reflects the same. There would no talks about the geopolitics or the political situation in the Middle East.

Israel is upbeat for this visit as there is a natural affinity of Israel towards India. Israeli ambassador to India, Daniel Carmon said Modi’s visit is of “unprecedented importance with bilateral ties going through changing paradigm and changed architecture where there is no zero sum game and commitments and good relations with both sides can be maintained without contradiction”, in reference to India’s ties with Israel and the Arab countries.

The symbolic gestures from the Israeli side are at galore with Israeli Prime Minister Benjamin Netanyahu supposed to receive Modi along with a “top protocol team” comprising Israelis from various fields including rabbis. This is a special gesture only accorded to the Pope or the US president, Carmon said.

Netanyahu will accompany Modi to most of the events, including the community reception on 5 July after their official discussions during which the two leaders are expected to explore ways to enhance cooperation in key strategic areas.

“This significant visit, the first by an Indian prime minister to Israel, takes place on the backdrop of marking 25 years of diplomatic relations between India and Israel, and will further upgrade the ever-growing partnership between the two countries,” the embassy said.

The visit is underpinned with two main purposes. Firstly, the friendship existing between the two nations will be taken to the next level with Indian Prime Minister recognizing more emphatically the value of the relationship between the two sides. It is sort of marrying the mistress and giving her the due respect. Secondly, some critical deals will be struck in the fields of innovation, development, science and technology and space.

Carmon said, “During the visit, a deal with the Uttar Pradesh government is also likely to be signed to clean-up a patch of river Ganges apart from setting up of industrial research and development fund of USD 40 million”.

It was expected from the time Modi took power that he will visit Israel. However, he took a long time with lot of deliberations as a mark of caution. The Arab countries and Iran are far more important to India because of their oil, for which, Modi did not want to antagonize them. Even in this visit, there will be no discussion about Palestine, Iran, Syria or ISIS. India has more to gain if it can get trust of the Israelis. 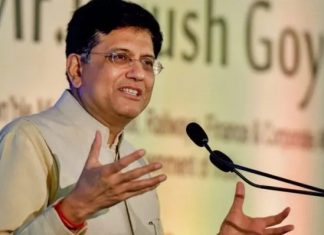 TPT Bureau - September 4, 2021 0
The Indian textile industry is one of the labor-intensive sectors and the second-largest hub after agriculture with 4.5 crore people directly and 6 crore...

CVC to train its officials in Europe to check corruption in... 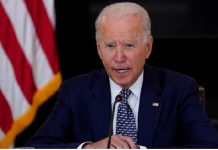 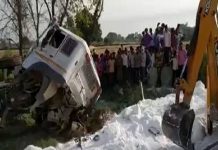 24 Migrants Lost their Lives in a Truck Collision in Uttar... 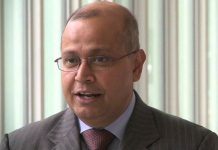 “We need a clear roadmap from the UN for repatriation of...