The Minister of Punjab Housing and Urban Development, Aman Arora, has promised an affordable housing scheme for the welfare of the lower-middle and middle-class people of Punjab.

Under this scheme, the poor income category people will get the benefit of having their own house, and at the same time, the dominance of the real estate biggies will also be controlled easily. Not only has the minister promised such a scheme to benefit the poor, but the Punjab Housing and Urban development ministry has already issued a draft scheme on its official website to let the common people check the policy and suggest any changes if required.

How will this scheme benefit the poor?

Under the proposed scheme, the saleable area for plotting houses for the common man has been increased to 65% which was 55% previously. Not only that, the “minimum area” for plotting a colony has been fixed at 5 acres while for group housing it is fixed at 2 acres.

This means that the real estate power houses will not be able to dominate the housing sector anymore and the common people of the lower income category will be able to enjoy the privilege of building their own houses easily.

These plots will be given to the common man at affordable rates so that they can build their house without the interference of the real estate mafias. Minister Aman Arora thinks this plan will work well to fulfill the dream of the common man who could not build their own houses due to monetary constraints.

Individual plot owners to be benefitted massively under the scheme…

In his address, the Punjab Housing and Urban Development Minister Aman Arora also said that the “affordable housing policy” will not only benefit the common people in building their dream houses but it will also reduce the burden of building a house for the individual plot holders.

Earlier, if any plot holder wanted to build a house in his plot, he had to procure mandatory provisions for dispensaries, schools, and any other common facilities to be built inside the plot. In the new “affordable housing policy” this mandatory provision has been precluded. This means that getting permission for building necessary facilities in a plot is now made easier for individual plot owners under the scheme. This shall speed up the process and shall also lower the cost of construction inevitably.

Other significant charges are also waived off…

One of the most common issues that landowners or plot owners usually face in Punjab is the heavy charges that go into paying the government while building a house. Right from the Change of Land Use (CLU)  charges to the External Development Charges (EDC) the common people had to pay a hefty amount before they could build a house on their land or plot.

But now, under the new scheme, the government has not levied such heavy charges on the plot owners. All such charges including the EDC and CLU have been reduced to half or 50% as applicable for any normal colony to be built under the scheme. However, these exemptions in charges would not be effective in the Greater Mohali Development Authority area.

Competent authority to fasten up the approval process…

Another big constraint in the housing development scheme could be the application process of these applications and getting approval for the clearances of the charges levied on the plots. These processes can take too long to be effective and the plot owners might not be able to start working unless these are cleared. So, the government has rolled out a single competent authority for every local area to fasten up the application and clearance process without much delay.

This competent authority shall work irrespective of the size of the colony or plot that the owner has been seeking permission for! The power of such approvals has been given to the chief administrators of each Urban Development Authority of the concerned housing area. Following the approval, the plot owners can start building the house under the affordable housing scheme.

Some suggestions that can help…

As the Punjab government has already asked the common people to give their valuable suggestions to form a better housing policy for them, here are a few suggestions that we would like the AAP government to think upon:

Summary
Article Name
Punjab's "Affordable Housing Policy" to Benefit Common People
Description
Under this scheme, the poor income category people will get the benefit of having their own house, and at the same time, the dominance of the real estate biggies will also be controlled easily.
Author
TPT News Bureau
Publisher Name
THE POLICY TIMES
Publisher Logo 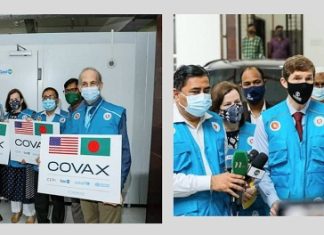 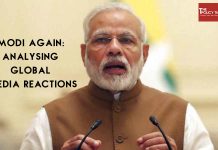 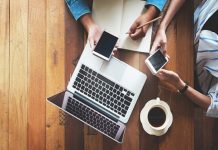 Strict Policies Need in Governing the Inclusivity of Schools in India

AIMO wants a Reduction in Insurance Premiums of Rs.40,000 crores