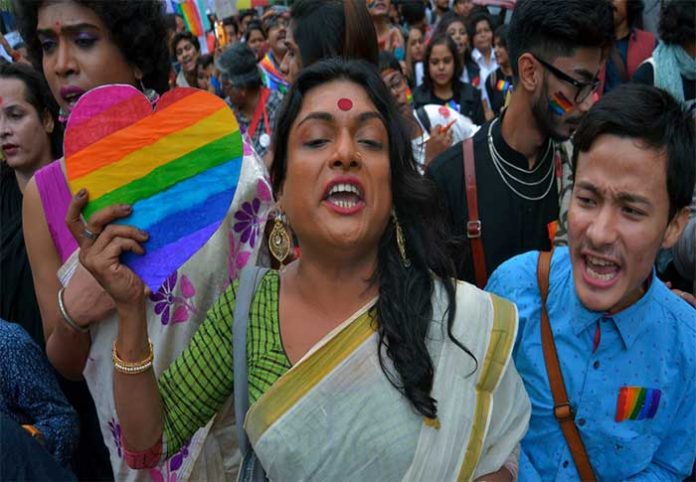 The Supreme Court decriminalized homosexual activity between consenting adults in a landmark 5-0 judgment on Thursday.  It said, “This case has required a decision on whether Section 377 of the Penal Code fulfills constitutional standards in penalizing consensual sexual conduct between adults of the same sex. We hold and declare that in penalizing such sexual conduct, the statutory provision violates the constitutional guarantees of liberty and equality. …… Section 377 is founded on moral notions which are an anathema to a constitutional order in which liberty must trump over stereotypes and prevail over the mainstreaming of culture. Our Constitution, above all, is an essay in the acceptance of diversity. It is founded on a vision of an inclusive society which accommodates plural ways of life… The impact of Section 377 has traveled far beyond criminalizing certain acts. The presence of the provision on the statute book has reinforced stereotypes about sexual orientation. It has lent the authority of the state to the suppression of identities. The fear of persecution has led to the closeting of same-sex relationships. A penal provision has reinforced societal disdain”. Prophetic words of the unanimous verdict of the 5-member Supreme Court bench which has decriminalized Section 377 of the Indian Penal Code which had banned same-gender sexuality.

A hundred and fifty-eight years is too long a period for the LGBT community to suffer the indignities of denial. That it has taken sixty-eight years even after the advent of the Constitution is a sobering reminder of the unfinished task which lies ahead. Homosexual relations were criminalized in India for the first time 158 years ago when Section 377 of the Indian Penal Code outlawed what it called “carnal intercourse against the order of nature”. On July 2, 2009 judgment that was considered momentous at the time, Justice A.P. Shah, then chief justice of the Delhi high court, and Justice S. Muralidhar had decriminalized homosexuality in India for the first time. They declared Section 377 of the IPC as violating Article 21 (right to life), 14 (right to equality) and 15 (non-discrimination on grounds of sex and gender) of the constitution.

Through its latest judgment now, the Supreme court over-ruled a judgment that a two-judge bench of the apex court order had passed in 2013 in the Suresh Kumar Koushal case which had re-criminalized ‘unnatural sex’ four years after the Delhi high court had de-criminalized it.

“In protecting consensual intimacies, the Constitution adopts a simple principle: the state has no business to intrude into these personal matters. Nor can societal notions of heteronormativity regulate constitutional liberties based on sexual orientation”. Supreme Court verdict reads further.

But it stops from criminalizing any act of discrimination by the State, its agencies like the Police, or any citizen towards homosexual partners. SC recognizes the freedom to make sexual choices, but stops short form declaring this as a rightful love that which cannot be legally questioned by any institution, social or legal. There is no legal clarity on the demands of marriage among homosexual couples, which still remains unsocial and illegal.

The Unfinished Challenge Ahead: Religious Views

Ramdev, the yoga teacher and entrepreneur has voiced his views against homosexuality repeatedly, not only calling it a mental illness, but also claiming that it can be cured through yoga. Another spiritual figure, Jaggi Vasudeva, when asked what he thought about Section 377 and homosexuality, said the law needed to be “debated” and not protested against on the streets. In another interview, he called homosexuals “a product of the social situation rather than if any kind of physiological or inner need.”

The Hindutva ideologue and BJP leader BP Singhal, among others, openly opposed gay rights. In 2009, soon after the Delhi high court ruling, Suresh Kumar Kaushal, along with the All-India Muslim Personal Law Board, Trust God Missionaries and Krantikari Manuwadi Morcha, filed a petition in favor of re-criminalizing gay sex.

It will be interesting to note now how religious institutes react to demands of homosexual couples to marry in the religious process, which they resisted after the earlier Delhi High Court pro LGBT judgment.

“Only Constitutional morality and not social morality can be allowed to permeate rule of law”, said the judges, but social morality still continues to impose a miserable life on the LGBT community. The founder and executive director of Naz Foundation, Anjali Gopalan has been at the forefront of India’s fight to decriminalize homosexuality. After the earlier SC bench recriminalized it she rightly noted that justice has fallen victim to social prejudices and intolerance towards sexual minorities. Herein lies the biggest unfinished challenge of mainstreaming sexual choice diversity.

The landmark verdict received political kudos from some centrist and leftist parties, but not from the BJP, the PM or the Muslim right wing. RSS accepted judgment with a grudge and noted homosexuality as unnatural, and strongly opposed same sex marriage. Subramanyam Swami even found US conspiracy behind LGBT rights movement in India!

LGBTQ+ community in India has had to battle the prejudice, indifference and cowardice of politicians cutting across many political parties who saw no reason to remove from the statute books a law that was a clear violation of the right to equality enshrined in the constitution.

As the SC decriminalized homosexuality, Joyita Mondal, a transgender judge in Lok Adalat in West Bengal, was joyous but also looking beyond Section 377 and the broader issues of adoption, employment, and elections concerning the LGBTQ community. It was about time sexual minorities were granted rights on par with other citizens. The next steps need to be openness in employment for the transgender community and contesting assembly and general elections.

Justice Chandrachud of this Bench says human sexuality cannot be reduced to a “binary formulation”. He asks the medical community to sensitize itself about rights of the LGBTQ community, instead of trying to change what is not a disease, extending the battle against discriminating mindset.

Justice Indu Malhotra, the only woman on the five-judge bench, says history owes an apology to the members of the community for the delay in ensuring their rights. In her judgment, she iterates that Section 377 will continue to govern non-consensual sexual acts, carnal intercourse with minors and acts of bestiality. Thus the extent and limits to sexual freedom are spelled here.

The Supreme Court verdict further stated: “In addressing LGBT rights, the Constitution speaks – as well – to the rest of society. …. In its transformational role, the Constitution directs our attention to resolving the polarities of sex and binarities of gender. In dealing with these issues we confront much that polarises our society. Our ability to survive as a free society will depend upon whether constitutional values can prevail over the impulses of the time”. This calls for an absolute freedom of personal choice in sexuality.

The SC noted that the choice of whom to partner, the ability to find fulfillment in sexual intimacies and the right not to be subjected to discriminatory behavior are intrinsic to the constitutional protection of sexual orientation of citizens. The extended interpretation of this is that any sexual relationship between two consenting adults is not the subject of State or social inquiry.

The Global Context of Homosexuality

Homosexuality is still subject to the death penalty in many countries, particularly in the Middle East and Africa, while others allow gay marriage and adoption.

Around 30 African countries ban homosexuality, with Mauritania, Somalia, and Sudan having the death penalty for same-sex relations. Gay sex is decriminalized in only a handful of countries: Chad, Democratic Republic of Congo, Gabon, the Ivory Coast, Mali, and Mozambique. South Africa is an exception, being the sole nation on the continent to allow gay marriage, which it legalized in 2006.  It also allows adoption, medically assisted procreation and surrogacy for homosexuals.

Several countries in the conservative region of Middle East still provide for the death penalty for homosexuality, including Saudi Arabia and the United Arab Emirates. Israel leads the way in terms of gay rights, recognizing same-sex marriages that are performed elsewhere although not allowing such unions in the country itself. Gay couples can adopt children. Lebanon is also more tolerant than other Arab countries.

Much of Asia is tolerant of homosexuality, with remaining taboos gradually being eroded including in Vietnam and Nepal. Taiwan is set to become the first place in the region to allow gay marriage after its highest court ruled in May 2017 that preventing same-sex unions was unconstitutional and gave authorities two years to legalize them.

In China homosexuality was classified as a mental illness until 2001 and a crime until 1997. Conservative attitudes and discrimination remain widespread. Homosexuality is outlawed by the region’s Muslim countries, such as Bangladesh, Malaysia and Pakistan, where it is punishable with imprisonment or lashes.

In 2001, the Netherlands became the first country in the world to allow gay and lesbian couples to marry in a civil ceremony.

Fifteen European countries have followed, including Britain — although not Northern Ireland, France, and Germany, with Austria due to join in next year. Several western Europe countries also allow same-sex couples to adopt children and 10 permits medically assisted procreation for lesbian couples.

The incomplete tasks of gay rights and non-discrimination in India need to be taken up taking cues from the progressive nations of the world and their approach to this issue. 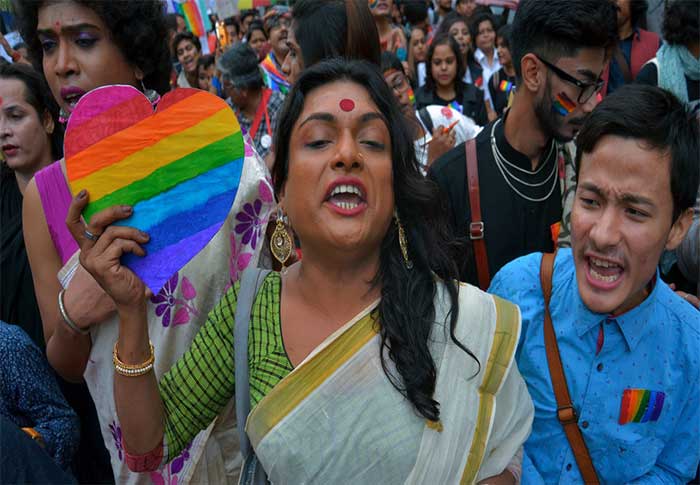 Article Name
SC Historic Verdict on Gay Righhts: What Next?
Description
Homosexual relations were criminalized in India for the first time 158 years ago when Section 377 of the Indian Penal Code outlawed what it called “carnal intercourse against the order of nature”. The Supreme Court decriminalized homosexual activity between consenting adults in a landmark 5-0 judgment on Thursday 05 September 2018.
Author
Prof. Ujjwal Chowdhury
Publisher Name
The Policy Times
Publisher Logo 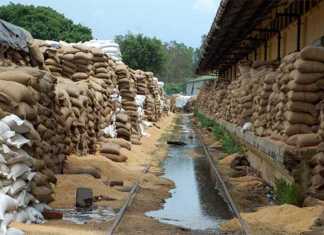 Amrit Mirchandani - June 13, 2018 0
It is an only halfway through 2018 and there have been 5 fire incidents in groundnut warehouses in locations all over India. Nafed procured...

Abysmal Attitude of the Centre Amidst the Plummeting Health Care Sector 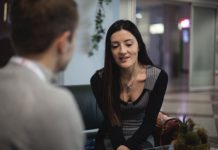 8 Beautiful Authors You should Know 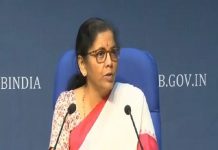 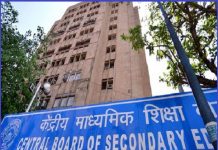 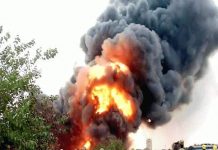 KARNATAKA: Decoding the drama in a nutshell

Cyber Crime in India is Real and Scary