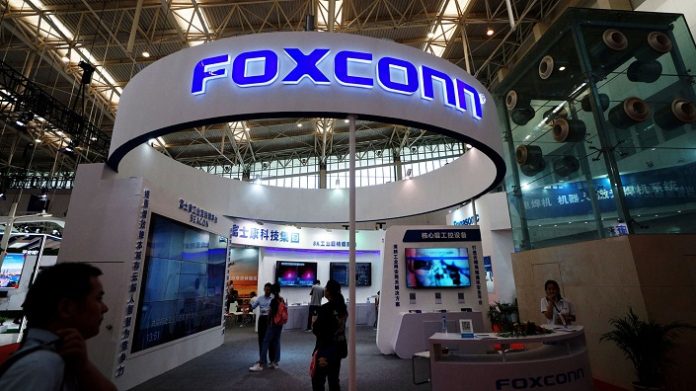 After a year of Apple Inc. supplier Wistron Corp. faced an uprising in India, its larger rival Foxconn Technology Group is encountering a similar rebuke. Their key client is getting drawn into what ought to serve as a wake-up call for Taiwanese manufacturers in the South Asian nation.

Concerns about food safety and accommodation standards spurred Apple to take the unusual step of placing the factory near the southern Indian city of Chennai on probation. More than 17,000 people work at the facility, and in mid-December hundreds of workers contracted food poisoning. More than 150 were hospitalized.

That outbreak spurred workers to strike, once again shining a spotlight on conditions for the tens of thousands of factory staff hired across India to churn out devices that include smartphones and computers. When Apple investigated, it found that not only did food sanitation fail to meet expectations, but employee dormitories were also below par.

Apple and its Taiwanese partners have been here before. A year earlier, workers at a Wistron plant near the tech hub of Bengaluru ransacked that factory after being fed up with delayed and underpaid wages. Baton-equipped police were called in to quell the protest, but not before staff destroyed equipment and torched vehicles.

Foxconn last week apologized for the recent problems and said it’s restructuring the local management team. But that’s not good enough. Despite Wistron’s failure a year earlier, it would seem that executives back in Taipei still don’t get it

Taiwanese companies including Foxconn, Wistron, Pegatron Corp., and Quanta Computer Inc. have come to dominate global electronics manufacturing from facilities dotted throughout China. They have done well in the world’s most populous nation over the past 50 years, with a common language and successive leaders’ pro-business policies that made it easy to set up factories and hire workers from near and far.

Taiwan firms making the savvy move of shifting operations to the next-largest country, faced with labor shortages and a recognition that they’re too reliant on China. They’re learning that India isn’t as easy. Be it language barriers, cultural differences, or the raucous democracy, Taiwanese executives are struggling to adapt. It’s yet another sign that India is not the next China, but a nation with its own traits and nuances.

India lacks the infrastructure Taiwanese companies are accustomed to relying upon when setting up local facilities. When Foxconn founder Terry Gou went on tours of China, playing local governments off against each other in the battle to land the next iPhone factory, he was able to extract commitments to provide workers’ accommodation and the numerous other support services needed for a massive manufacturing operation.

In the Wistron case, local contractors appear at least partly to blame for the wage payment problems that escalated to the point of explosion. Yet management itself failed to adequately monitor its own suppliers to ensure compliance. Foxconn appears to be facing similar problems, exacerbated by the fact that international travel has been curtailed by the Covid-19 pandemic.

It would be wrong to conclude that Chinese workers are simply more compliant than their Indian counterparts, as evidenced by the 2012 riots at a Foxconn plant in China. But when push comes to shove, Taiwanese management has generally found that local governments in China will side with companies over workers. That’s less likely in India, where leaders need voter support at election time.

Perhaps the biggest challenge, though, is management style. Taiwanese businesses–which generally used their own executives in China–will increasingly rely on local leaders to set up and run operations in India. That means offering adequate training and support so that they can mesh the rigid Taiwanese approach to operations with a more relaxed worker culture found on local turf.

Their experiences in China, where such a divide also existed, prove that the challenge is not insurmountable. But technology manufacturers had decades to adapt to the local landscape there as they slowly expanded operations in line with the growing needs of their largely-Western clients.

In India, though, Taiwan firms must acclimate faster. Customers need these new factories to ramp up quickly in order to ease their reliance on China, while both New Delhi and Taipei are in a hurry to forge a strong trading relationship that can blunt Beijing’s economic power.

Food truck policy soon to be Implemented in Delhi

TPT Bureau - November 7, 2022 0
Delhi government recently announced a food truck policy that will go into effect soon, as the government plans the Delhi shopping festival. According to...

US Election Results; Trump Ahead Of Biden in Georgia by Very... 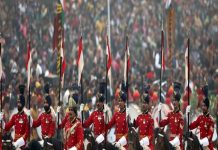 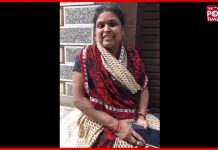 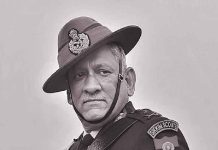