For the first time in my life, I was feeling myself in a confused state as I sat in front of my laptop to write something. I was not able to concede the fact that would I be able to do justice with my words or it would be just one of the lot? How the young generation who are already under tremendous pressure would be able to deal with such things which is not just a part of his life but his past at the same time? Wouldn’t it be a sheer awkwardness to deal with something which has been a highly debatable and exaggerated by-product of our own modern society which they had termed “The Ex-Factor”?

The Ex-Factor: An Introduction

Isn’t it a reckless effort from our side when we ourselves try to rewind at those things which had been pious for us at any point of time in our life and now it has turned painful? Doesn’t it seems silly to us while rewinding our own life that a word which had been perhaps itself not a complete word is enough to make our life incomplete? Aren’t we sitting in a dark room pondering upon our own thoughts and actions feel that how far have we  come in our life? Isn’t it less than a miracle that an alphabet “X” learnt in the childhood will turn so much disdainful for us in our adulthood when it would transform itself in “Ex”? Technically speaking this Ex-Factor comprises all the factors which can bring us close to our Ex. The same Ex which had been once the dream of our eyes, the reason of our life and god knows what else? But perhaps God who has been called as the Almighty also doesn’t have an idea how much might it take to come close to whom we had cheerfully labeled as Ex in between our friends and if lucky enough than between our family members?

How much it seems pitiful to find ourselves in a deep agony sitting silently in a dark room getting frustrated on our own actions? The actions which had led us to reach at that point of life where there are no further roads to travel except getting back our feet on the same road. The same road which we had deserted at one point of time in order to find a mirage in the desert of modernity. Sorry to say; but if we ask ourselves being honest is it even justified to go back to the same person whom we have deserted someday? Ya! Some people could say that its’ no harm to repent own our actions and rectify our mistakes? Had we ever asked which mistakes we want to rectify? The mistake of leaving someone in mid-between or the mistake of shattering one’s life in front of his or her eyes? Ah! How can we say it a mistake? We are a person living in a modern and globalized society where life runs very fast like a thunderbolt? Don’t we feel that at the time when we being obsessed with our Judas kiss were busy in considering another person the love of our life leaving someone in tears? Oh! It was also a fault? How can we have an idea of this as we had already told by our so-called well-wishers about a new psychological weapon? The same psychological weapon which let us free from our own conscience and guilt which we very gracefully term as “Move On”. Then why being armored with such a powerful weapon we are ready to be vulnerable? Why once when we had moved on we are ready to come back to the same front? Why once being modern having a belief on multiple relationships or short-term relationships we are trying to go for something solid? Don’t we dare to ask to our own conscience why today we are feeling loathsome towards those relationships which were just built on the foundation of lasciviousness?

The Need Of The Time

It is needless to say that any relation or relationship which we are destined needs utmost care and respect. How can we being a person of intellect and intelligence doubt on the piousness of our relations at the time when it is going through a rough phase? Doesn’t it seems idiotic to ourselves being partitioned from someone who is the reason of our pleasant life. Or we had become so much senseless that we want to inflict harrowing pain to whom we adore from our heart? Why don’t we try to understand that instead of getting ourselves in this cobweb of uncertainty where people try to tell you senseless things on the name ofThe Ex-Factor? As it had been said that “No one knows better than you” then how can you expect that some other will bring you close to someone? The time had come to free ourselves from the clutches of such senseless things and devote ourself whole-heartedly to our relations so that any term like The Ex-Factor wouldn’t exist. 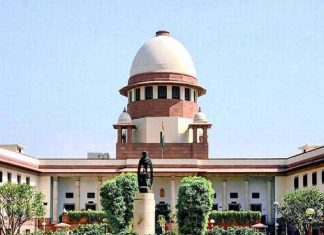 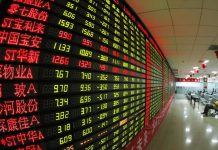 World’s largest fair play capital deals of 2021 have flowed out... 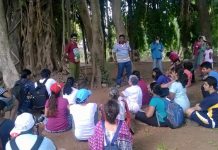 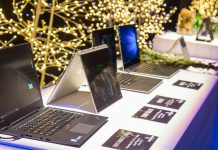 HP, Microsoft, Dell and more to shift production out of China

Covid-19; Ice-cream industries in India running at a loss of Rs...

ICMR says the double dose of vaccination is 97.5 percent effective...