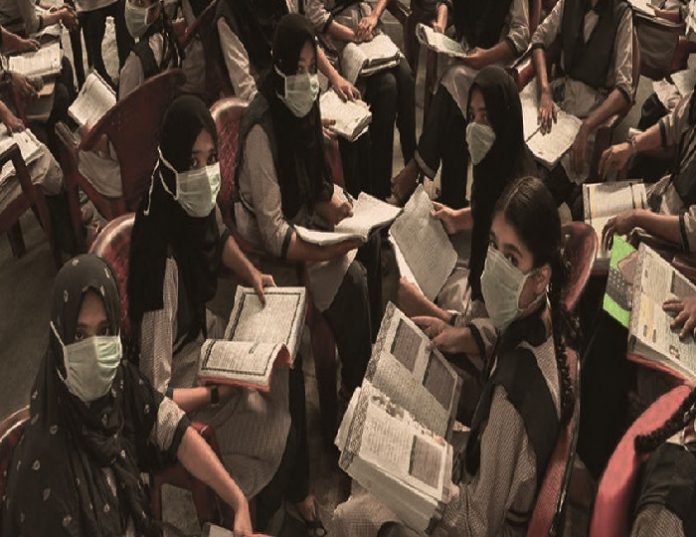 The impact of Covid- 19 in India in terms of economy in a century is likely to be felt in the coming next few years, especially in terms of unemployment, job cuts, and reduction in income across the board. Over 12 crore Indians have lost their jobs, the nation is suffering from depression. Thus this crisis leads to the urgency of regulating the private schools so that they become institutions of learning rather than centres of exploitation.

According to a survey around 84% of households have suffered a loss in monthly income. For a family with a single earning member, the average expenditure on private schooling (for two children), constitutes 20% of household income (NSSO 2014). At this point in time when parents are suffering from salary cuts and job loss, the pressure to pay hiked school fees is making things worse. Thus to offer relief to parents, notifications regarding private school fee payments have been issued by 13 states which include Andhra Pradesh, Assam, Chhattisgarh, Haryana, Karnataka, Maharashtra, Mizoram, Punjab, Rajasthan, Tamil Nadu, Telangana, Uttar Pradesh, and Uttarakhand.

Schools in these states included some guidelines to be followed; firstly Private schools are allowed only to collect tuition fees, secondly, no hike in fees allowed and thirdly no advance fees to be collected. Moreover, the National Commission for Protection of Child Rights (NCPCR) has also issued notification advising the states to find out solutions that are of best interest for the children and to ensure that no child is harassed by the school for non- payment of fees.

After having all these notices issued there are reports emerging from private schools across India about hiking of fees for their next academic year. There are also some reports of schools where students are being barred from attending online classes due to non- payment of fees. In Haryana, reports of schools scratching out the names of students off the rolls for not paying fees. In Hyderabad, schools have not only increased school fees but also levied a penalty of Rs.100 per day on non- payment. Even with schools closed and notices being issued that advised the restriction of collection of all other additional fees beyond tuition fees reports have come up of parents being asked to pay up to Rs.10, 000 for quarterly we charge alone.

The Failure of Regulations

According to a survey of over 38, 000 parents, 83% said that the state government has failed to regulated fees of private schools. With just a little support from the government in enforcing the regulations, parents are now forced to take matters in their own hands. Protests have started in Jaipur, Mumbai, Ludhiana, and various other cities against fee hikes and against schools demanding advance fees. Parents have also started an online petition to the Prime Minister, requesting for a law to regulate school fees. The petition has been made on Change.org and had been signed by more than 25, 000 parents on June 25, 2020. However, none of this is new. There are already cases of arbitrary fee hikes and this over changing system has been going on for a while.

The issue with fee hikes and forcing of paying an advance fee is just icing on the cake, these private schools openly hold screening processes such as interviews and admissions which is forbidden by the Right to Education Act. But at the same time, the parents in private schools are bound to buy textbooks and uniforms from a particular vendor despite the fact that private school regulations in multiple states make this a punishable offense.

The first step to stop this kind of offense is it would be better if the enforcement of existing regulations is made at the state level. This would involve putting in place an effective grievance redress mechanism to allow parents to voice their concerns and grievances with private schools. There is a need to increase the parental voice in private school decision making. Currently, only four states (Andhra Pradesh, Uttar Pradesh, Rajasthan, and Sikkim) have regulations that make it compulsory for private schools to form Parent Teacher Associations (PTAs).

All states across India should put in place the regulations and make it compulsory for all private schools to form PTAs. Care should be taken that these PTAs are representative and have a genuine voice in school decision- making, including but not restricted to decisions around fee hikes.

And lastly, there is an urgent need for the development and enforcement of a comprehensive and regulatory framework for the private schools that covers all aspects of private school functioning. The need for all this kind of regulation is urgently required so as to make schools a place of learning rather than centres of loot and exploitation.

Summary
Article Name
The government needs to regulate the functioning of Private Schools, a place of learning rather a centre of Exploitation
Description
According to a survey around 84% of households have suffered a loss in monthly income. For a family with a single earning member, the average expenditure on private schooling (for two children), constitutes 20% of household income (NSSO 2014).
Author
Snigdha Bakshi
Publisher Name
THE POLICY TIMES
Publisher Logo 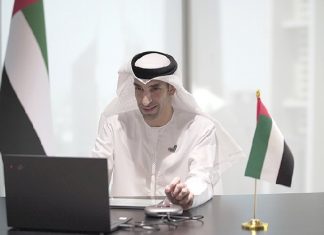 TPT Bureau - May 11, 2021 0
The UAE is developing a long-term vision to attract global talent to live, work, and retire in the country. Dr Thani Al Zeyoudi, Minister...

German Man has been Stranded at IGI Airport for Past 54... 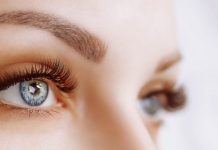 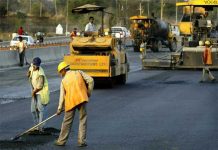 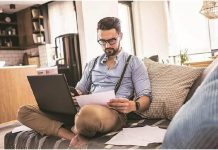 Tata Steel Allows Its White-Collar Employees to Work Remotely Even After...