A two day National Conference on Marine Debris (COMAD) has realized that ‘oceans will house more plastics than fish by 2050.’ This needs to be taught in schools, in companies and even highlighted in newspapers and magazines. This matter is a very serious concern, which could lead to a lot of ecological issues.

According to studies, there is currently 5.25 trillion plastic debris in the ocean, with 4.8 mt being disposed of each year. Hence this is bad news for marine life survival as they end up eating plastic, and their habitat also gets destroyed.

One of the sources is lost nets, which causes dolphins and other lovely fish to get entangled.

What needs to be done is a proper garbage awareness program. In this program, a highlight should be on what is thrown, where it should be thrown, whether it can be recycled and what the consequences are for not following guidelines. Many people are unaware of the consequences of throwing garbage on the roads and in the sea. It might be an innocent habit, but in the long run, this type of innocent habit needs to be cut off completely.

Cosmetic surgery is adding plastic to your external body, and thus this is what is being done in the sea. A cosmetic surgery also called plastic surgery! We all know what happens with plastic surgeries ….it causes very harmful effects to the bodies in the long run. Imagine the same case with the sea.

The Padma Shri Awardee Vasudevan was also known as Plastic Man of India converted plastic waste into tar. He claims that the whole problem of plastic in the sea can be solved if the plastic is processed properly and so will be environmentally benefiting. 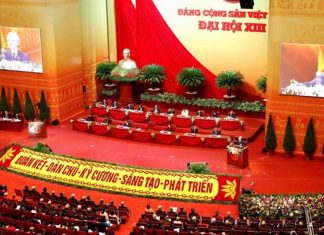 Vietnam Holds Its First Communist Party Meet in 5 Years to...

TPT Bureau - January 28, 2021 0
For almost 5 years, Vietnam has not called for a communist party meet to discuss policies or change leaders. But now, to strengthen the...

“Bangabandhu- Statesman of the Era” art exhibition inaugurated at Dhaka 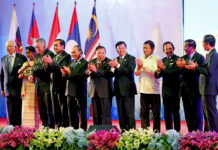 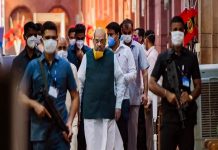 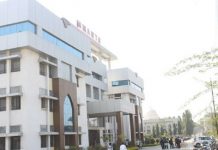 ABOUT US
The Policy Times (www.thepolicytimes.com) is the world's first media on policy and development journalism and a strategic and practical Alliance of Policy and Business experts for policy and business connect leading to prosperity through news and article writings, practical networking, Events, Business intelligence, research & policy advocacy.
Contact us: editor@thepolicytimes.com, thepolicytimes@gmail.com
FOLLOW US
© The Policy Times, A Deksun Media Pvt. Ltd. Company
Go to mobile version