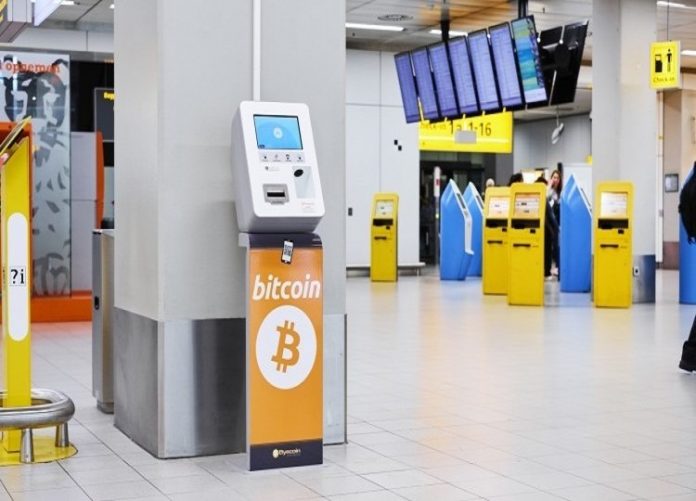 The United States manages more than half of the global Bitcoin ATM distribution. Data gathered by LearnBonds.com highlights that the US had installed 4274 ATMs which represent 66.2% of all cryptocurrency ATMs globally.

In North America, Canada comes second with 678 (10.5%) ATMs while the United Kingdom is third with 283 (4%) machines. Austria has 184 units installed while Switzerland closes the top five categories with 84 installations (1.3%). 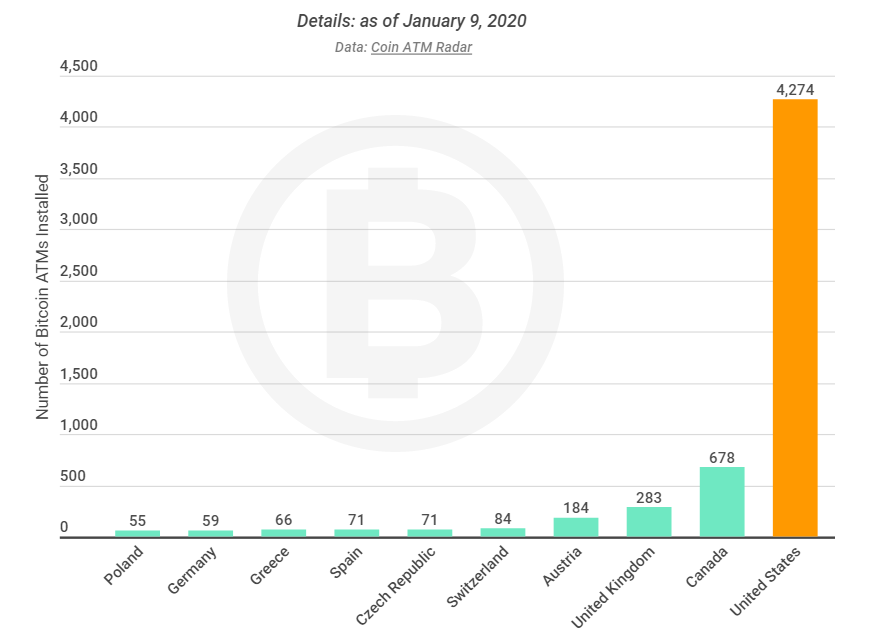 In terms of continental Bitcoin ATM distribution, North America takes the major share at 77% while Europe comes second with 19.1% of the total global ATM tally.

Asia comes a distant third with 2.1% of ATMs installed across the continent with Hong Kong having 54 Bitcoin ATMs to represent 0.8% of the global tally. In total, Asia has 133 Bitcoin ATMs.

As of January 2020, the number of Bitcoin ATMs installed worldwide was 6454. Compared to January 2019, it indicates that new 2351 Bitcoin ATMs have been installed globally. The latest data shows that we have a total of eight Bitcoin ATM installed daily.

In the US, ATMs are installed by firms like Bitstop with machines across California, Florida, and Georgia. Other leading Bitcoin ATM providers include General Bytes, Genesis Coin, Lamassu, and BitAccess.

In regards to Bitcoin ATMs, there are two main types including the basic ones which enable users only to purchase Bitcoins. On the other hand, we have the complex ATMs that allow users both to buy and sell Bitcoin.

An overview of the Bitcoin community engagement indicates that millennials (25-34) are taking the lead at 46.32%. From this perspective, it shows that the millennials are the driving force for the adoption of decentralized solutions.

Bitcoin community activity is influenced by various factors at both the country and individual level. Such factors include trust, perceived risk, security threat, perceived benefit, perceived ease of use, legislations and macro-technological and socioeconomic factors.

Bitcoin ATMs are connected to cryptocurrency exchanges selected by the merchant and the exchange rate applied is based on the reference market at that time. This ability offers people the price of bitcoins in real-time.

In most cases, Bitcoin ATMs come with variable fees depending on the manager and the exchange market.

Bitcoin ATMs are usually anonymous and hence come with strict buying limits, with some even requiring a KYC process.

The global distribution of Bitcoin ATM might appear insignificant but since the cryptocurrency sector is evolving, we might see the number increase in the coming years. With the growth of the sector, new cryptocurrency-related technology is emerging with a focus on user-friendliness. It is believed that the spread of cryptocurrency ATMs will play a vital role in increasing the popularity of digital assets globally.

Summary
Article Name
US Controls 66.2% of Bitcoin ATMs Worldwide
Description
As of January 2020, the number of Bitcoin ATMs installed worldwide was 6454. Compared to January 2019, it indicates that new 2351 Bitcoin ATMs have been installed globally. The latest data shows that we have a total of eight Bitcoin ATM installed daily.
Publisher Name
The Policy Times 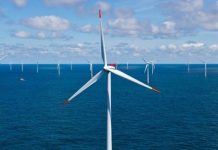 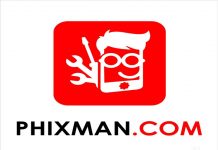 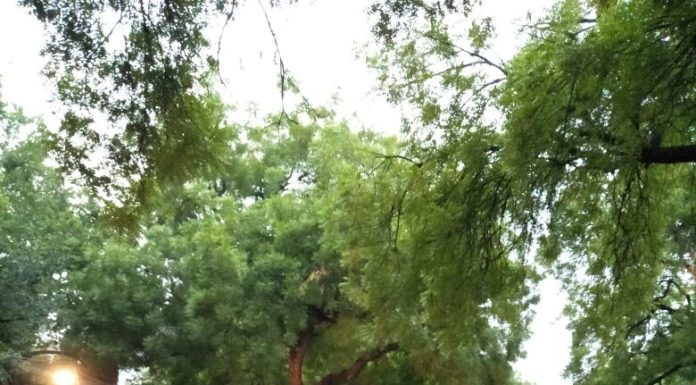 Not in My Name: Is Modi Responsible?

Technologies That will Drive 2018

Clothe tells much about a person; Zbirka tells about personality

The growing problem of E Waste