Despite plans to withdraw from the Intermediate-Range Nuclear (INF) Treaty, the
United States has signed more than US$1 billion in new missile contracts. In October
2018, the US President Donald Trump had announced that the US would leave the
INF agreement, which is regarded as the cornerstone of global arms control,
between the US and the former Soviet Union in 1987. Washington began the official
process of withdrawing from the pact this February.

However, reports by ICAN and an anti-nuclear campaign group, PAX reveal that three
months since the withdrawal announcement, the US government ‘proceeded to
arrange no less than US$1 billion in new missile contracts’. The report states that
Raytheon, US defence contractor, has the biggest tally of 44 new contracts worth
about US$537 million. And Lockheed Martin has 36 new contracts, worth about
US$268 million, and Boeing has four new contracts totaled to be US$245 million. The
report also sheds light on its ambiguity whether the new contracts awarded between
October 22, 2018 and January 21, 2019 were for new nuclear weapon production.
But it brings to the fore that there is a new rush towards building more missiles that
benefit a handful of US companies and intend to flood the market with missiles
regardless of their range. The report also reveals that governments are contracting
at least US$116 billion to private companies in France, India, Italy, the Netherlands,
Britain and the US for the production, development and stockpiling of nuclear
weapons. “However, the private sector involvement in the arsenals of China, Israel,
North Korea, Pakistan and Russia remain largely hidden, with little insight into how
much is being contracted and which companies are getting the deals.”

Related Article:World is headed for an environmental disaster

PAX nuclear disarmament programme manager and the lead author of the report,
Susi Snyder says President Trump is heralding the need for global denuclearization.
“But US deeds and those of nuclear-armed allies do not match those words. We see
the US and other states planning for a nuclear-armed century, with contracts to
maintain weapons through to 2075.” Snyder said the world is calling for a reverse
course but its falling on deaf ears.

Summary
Article Name
US signs over US$1 billion in new missile contracts
Description
The report also reveals that governments are contracting at least US$116 billion to private companies in France, India, Italy, the Netherlands, Britain and the US for the production, development and stockpiling of nuclear weapons. 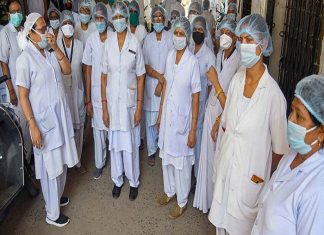 COVID-19; The way Kerala has flattened the coronavirus curve than any...

TPT Bureau | Agencies - May 11, 2020 0
Kerala started from a strong baseline. It has higher literacy rates and higher health outcomes than other parts of India. The Kerala trend continues... 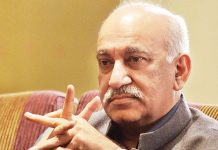 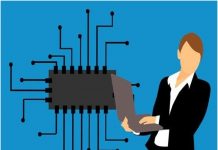 Digital Manufacturing: India is Ready to Grab its Next Big Opportunity

Sri Lanka- A Beautiful Island with a Painful Past that seems...