50-year-old Shujaat Bukhari was a true hero, an icon, a role model for aspiring journalists not only in Kashmir but entire India. I have met Kashmiri students who idolize the slain journalist as their leader in Kashmir, a voice they ardently supported. Kashmir Reader, which the late scribe founded around ten years ago, became a credible voice for Kashmiris. The credibility was so strong that its opinions were heard in both Srinagar and New Delhi. Though Home Minister Rajnath Singh condemned the incident, as did other ministers but there wasn’t a single tweet or condolence message from the Prime Minister. The same Prime Minister who talks about Kashmiriyat, Insaaniyat, and Zamooriyat.

Just a day before Bukhari’s brutal assassination, Modi posted his fitness video which went viral. On the doomed day, Modi was busy tweeting his wishes for Raja Parba and boasted about the success of Digital India but where he needed to speak the most, he kept mum. There was not a single word on Bukhari, one of the sane voices in Kashmir who never advocated violence. Bukhari was passionately involved in the peace-building process and a member of the Track-2 diplomacy. The Kashmir Reader founder understood the way policy is made in both India and Pakistan. Through his editorials, he tried to convince that in the long run, Kashmir’s best interests lay with India and not Pakistan.

Modi didn’t speak on Gauri Lankesh too. Sudip Dutta Bhaumik and Santanu Bhowmick, Tripura journalists who were murdered in cold blood also didn’t compel the PM to speak a word. If he doesn’t stand by and speak for independent voices like Shujaat Bukhari, he will be complicit in making it easier for Kashmiris to only hear extremist voices. Noted journalist Barkha Dutt in a recent article in The Washington Post stated that it is the most dangerous to be a journalist in India today than ever before.

Modi’s deafening silence adds salt to the injury. It makes Kashmir and journalists both feel alienated. The Centre’s Kashmir policy has anyways completely failed. Armyman Aurangzeb from J&K’s Poonch, who was abducted and murdered in cold blood by terrorists while returning home for Eid should not be forgotten either. And in less than 24 hours after Bukhari and Aurangzeb were martyred, another in Srinagar’s busy Kaka Sarai area unfolded. All these reflect the worsening security situation in the valley. Modi’s silence adds to the pinch.

Modi, who is quick in being vocal to criticize the opposition over every issue is mum. The PM’s prolonged silence on heinous killings of journalists are getting observed by the people who will queue up in lines to vote early next year. India expects her Prime Minister to speak against the wrong and stand with those who believe in the idea of India.  When it doesn’t happen, it gives rise to resentment and children taking up stones and guns than books. Unfortunately, this Eid, there’s little to cheer for freedom of the Press in India. 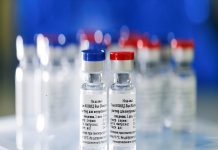 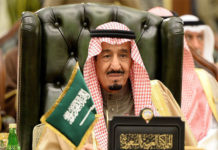 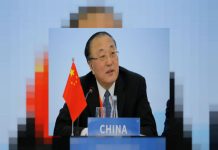 Hong Kong issue not to be discussed at G20 summit –...